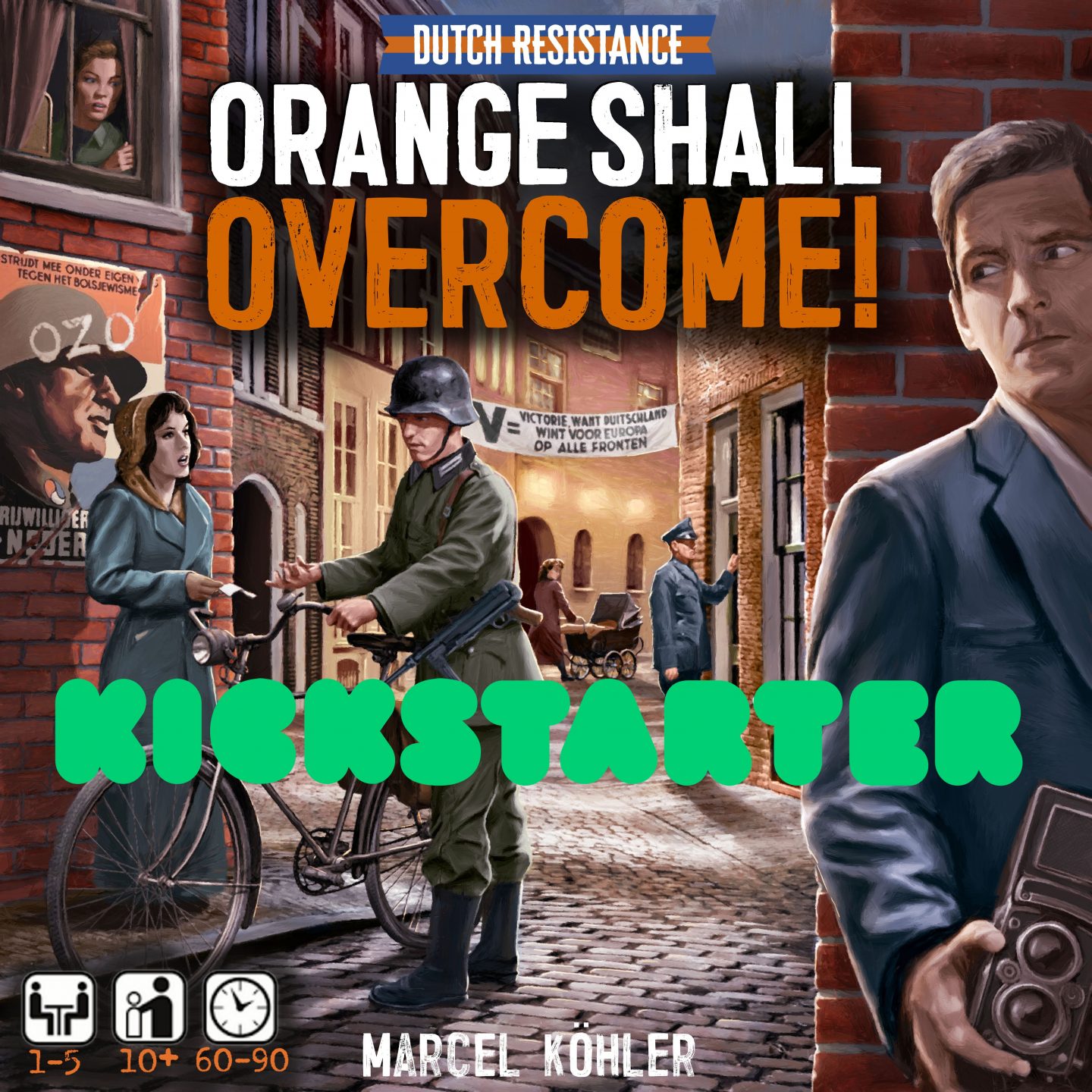 the occupying Nazi forces are subjecting the Dutch citizens to constantly increasing oppression, and freedom is in great danger.

You have had ENOUGH!

Resisting the occupying forces, you have sought out others that share your view, and created a group that will do everything in their power to achieve their non-violent objectives.

Dutch Resistance: Orange Shall Overcome! A co-operative scenario based pick-up-and-deliver game for 1-5 players about resistance during the Second World War in the Netherlands, that plays in roughly 60-90 minutes.

Get immersed in the art that brings you back to the 1940’s in the Netherlands. The characters are all based on real resistance members, and with their asymmetrical powers you complete the non-violent objectives. But be careful, occupation forces might be just around the corner.

What will you do to resist the Occupation? Will you make safe choices, or do what is needed but risk getting arrested?

Dutch Resistance: Orange Shall Overcome successfully KICKSTARTED surpassing it’s of €8,800.
Find out more at BGG.
Want our most important news delivered to your inbox at least twice a week????? Just fill out the following and submit. It’s that EASY!
Never Miss Everything Board Game posts again! Get them in your inbox: