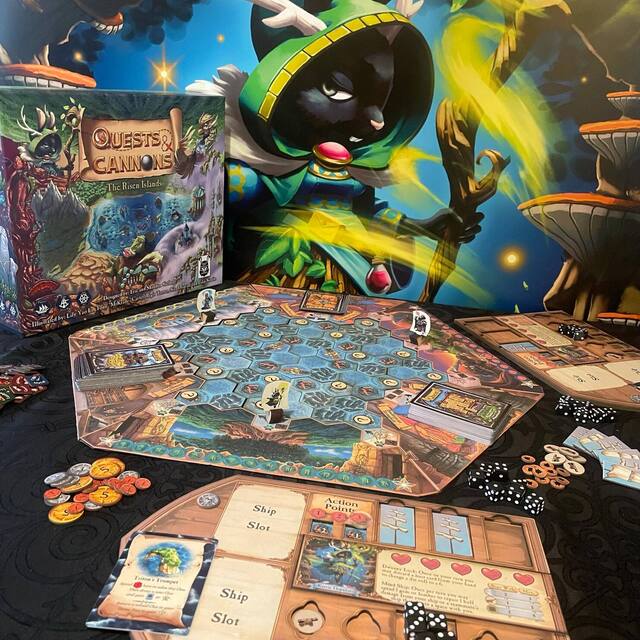 Quests & Cannons: The Risen Islands takes place in the original fantasy world of Miraheim, where a set of mysterious islands have risen from the sea. With the delicate balance of the world disrupted, the people of Miraheim begin to leave their homelands and to settle on the islands, finding them to be plentiful in resources. Ancient writings have begun to be uncovered telling of a mythical artifact hidden among the islands through a series of map clues that could be the key to restoring balance to the world. Players are adventurers sent from one of the three prominent kingdoms of Miraheim to ensure the prosperity of their kingdom’s settlers as well as search for this fabled treasure that could save their homes.

Quests & Cannons: The Risen Islands is an accessible, deep strategy game about exploration, epic quests, and exciting combat. Players use action points each turn on an open movement, modular game board to explore the various islands, receive quests from the settlers, gather resources, find map clues, upgrade their ships, collect loot, and trade cannon fire with rival adventurers. The object of the game is to get to the most prosperity at the end of the game. Players earn prosperity by finishing quests, completing map clues, and attacking other players.

Back Quests & Cannons: The Risen Islands on Kickstarter Today!

While you’re at it, Don’t forget to also enter THE GIVEAWAY TOO!

Giveaway goes live at 8am PDT! 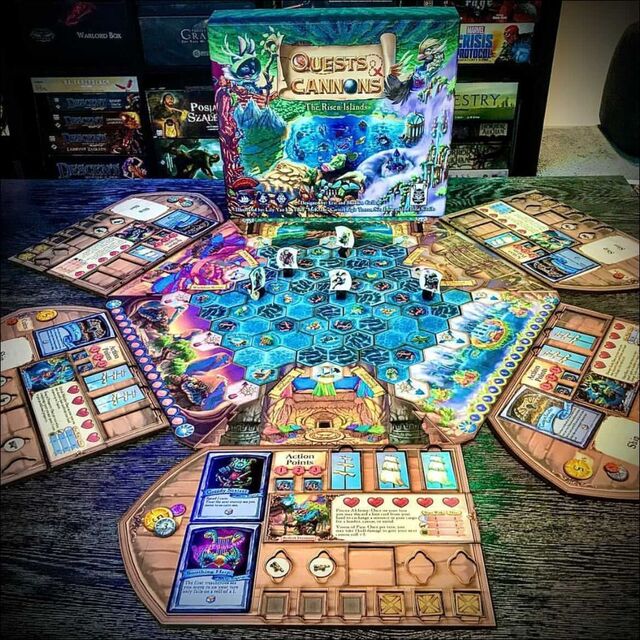