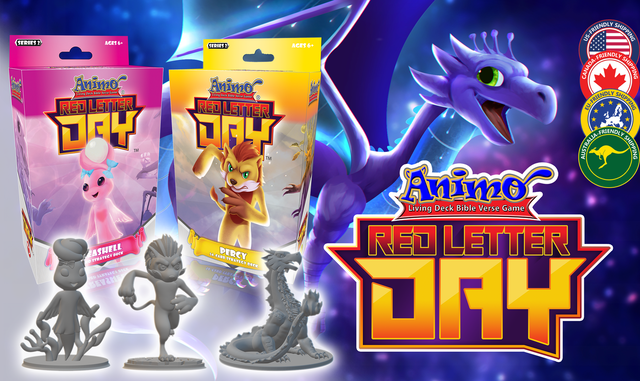 Red Letter Day, the newest standalone expansion to the popular trading card game Animo, reached its Kickstarter funding goal in 90 minutes. Check out the campaign which runs until September 27th!

Animo is a Bible-Verse themed trading card game, where virtue trumps violence, and characters are powered by faith, hope, and love; not magic or elements.  Animo can be played in 2 different games and also be used as a verse memorization / character building tool.  Each character has a virtuous (or sinful) attribute, accompanied by a Bible verse to reinforce (or defeat) that attribute. 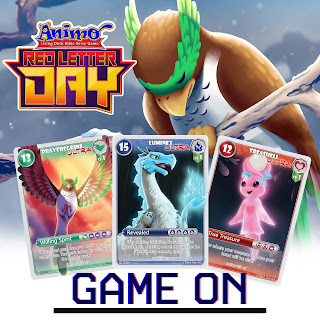 The main game, Sharpen Your Sword, is a strategic, 2-4 player card game where each player plays with their own deck of 50-60 Animo cards.  Play with a pre-structured deck or customize a deck with the cards of your choosing.

You play as a Truth Seeker, who has discovered the ANIMO, mysterious creatures knowledgeable in the power of Biblical truth.  When you train with the Animo, they help you learn, practice, and utilize that truth; not only for your good, but the good of others as well.  Truth Seekers often hold each other accountable to these Biblical standards through a contest called Sharpen your Sword.  Assemble your Animo to utilize the powers of Faith, Hope, Love, and the Holy Spirit, to perform acts of virtue in an effort to be the first one to “sharpen your sword”. Attach equipment, play story cards, level up your Animo, play powerful combos, and use fellowship bonuses to defeat the Sinnie cards or hinderances that your opponent’s reveal in your life, which must be overcome before you may continue your quest and score the virtue points needed to win the game. 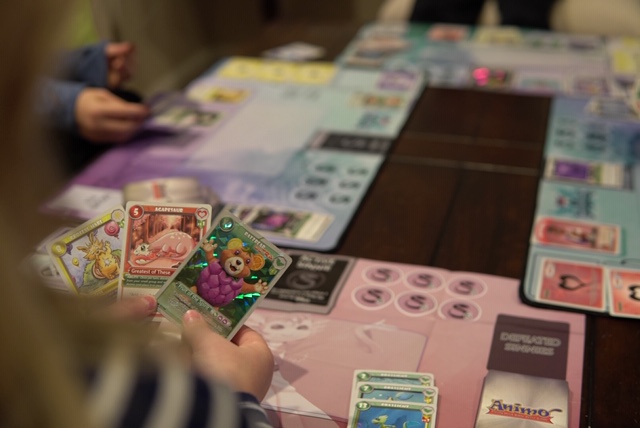 Not convinced yet? See what TechnoFunkBoy thought about Red Letter Day! 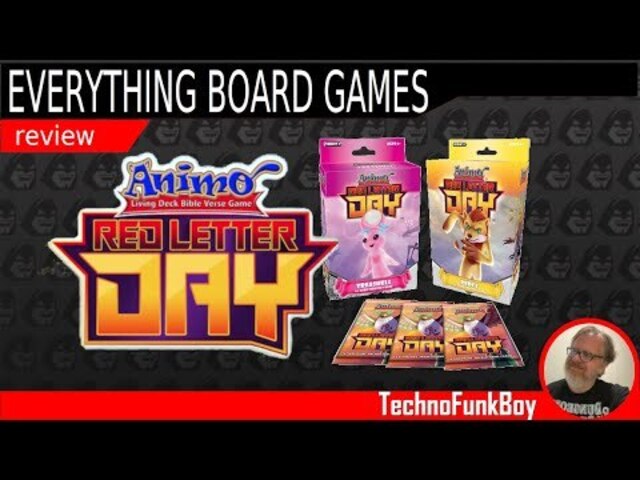