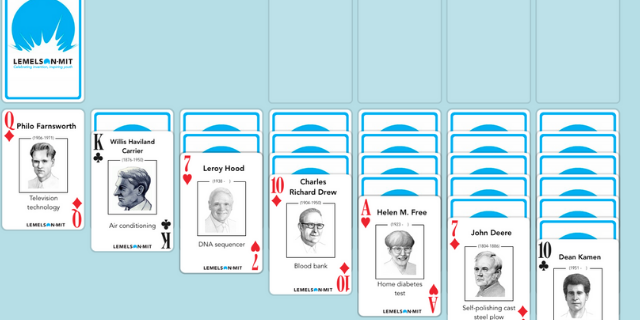 A game of Solitaire is the preferred method of relaxation for millions of people. Whether played on one’s break at work or while unwinding at home, Solitaire never fails to deliver.

The main allure of this card game is its simplicity. However, even for the most hardcore Solitaire enthusiast, it can become a bit monotonous at times. Today, we offer a remedy to this common issue.

It’s an educational twist on the classic Solitaire. If you want to learn more about it, keep scrolling!

What Is Solitaire Brain?

Solitaire Brain is a version of Solitaire developed by a pair of entrepreneurs who love all things games. The variant lets you choose among five decks of cards, each containing pictures and information about essential inventors, scientists, and activists.

With Solitaire Brain, you’ll get an extra dose of education along with the usual fun. It’s an excellent opportunity to get to know or remind yourself about arguably the critical figures of the last several centuries — the people who positively impacted the world.

Who knew Solitaire could be this meaningful!? 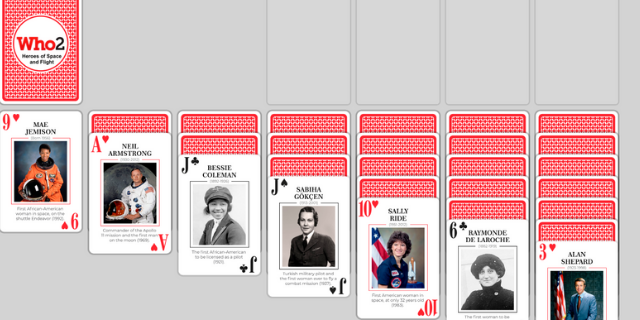 One of the Solitaire Brain decks we would like to talk about today is Heroes of Space & Flight. As the name implies, it features 52 iconic figures from the world of aviation and space exploration. Some household names like the Wright Brothers and Neil Armstrong — and some less known (but no less worthy!) individuals like Rakesh Sharma.

If you’re not much of a space and flight geek, the chances are that you don’t know all of these people, which is a shame. They are all, without exception, inspiring and great folks who have reserved their place in history with their achievements.

Now, let’s have a quick look at a few of these individuals and what they did:

It wouldn’t be fair not to point out the only non-human member of this deck — Laika, the Soviet space dog. Coming across this card alone is reason enough to try this free online Solitaire game today!

Aside from its educational benefits, Solitaire Brain offers you a unique opportunity to try something different while remaining within the confines of your favorite game. You’ll enjoy the same moves and tactics that you’re used to but in a new and refreshed way.

You’ll essentially be hitting two birds with a single stone here — doing something you like and expanding your knowledge at the same time.

Once you start to feel satiated with the Heroes of Space & Flight deck, you can move on to another one. Remember, there are four more to choose from, and they include:

There is so much to learn about each category above. And if, say, a list of Heroes of Civil Rights doesn’t sound too fun to you, the game will make it entertaining. Solitaire Brain is arguably one of the most remarkable ways to learn about great people while having fun.

Switching things up is a great thing to do now and then. This article aims to do just that —  motivate you to step out of the “Solitaire comfort zone” and get a taste of something a bit different.

We know you’ll love it!