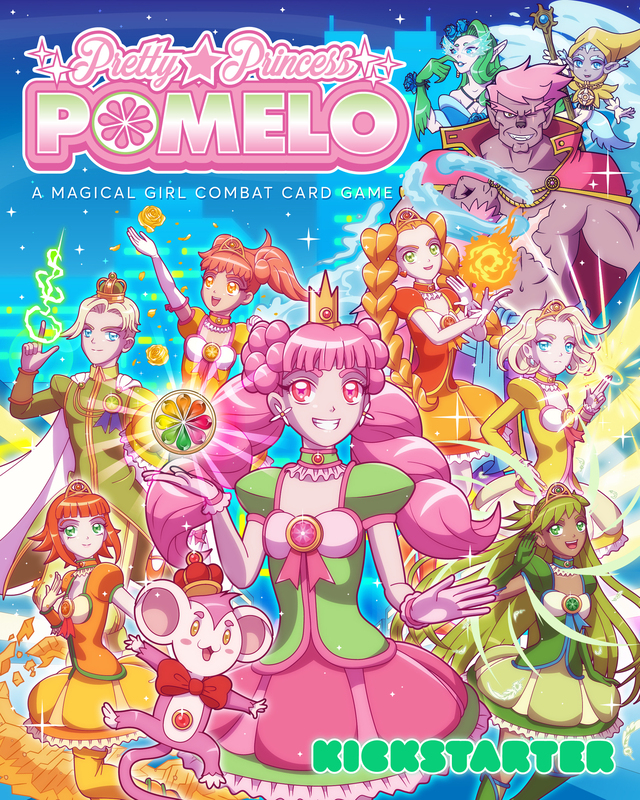 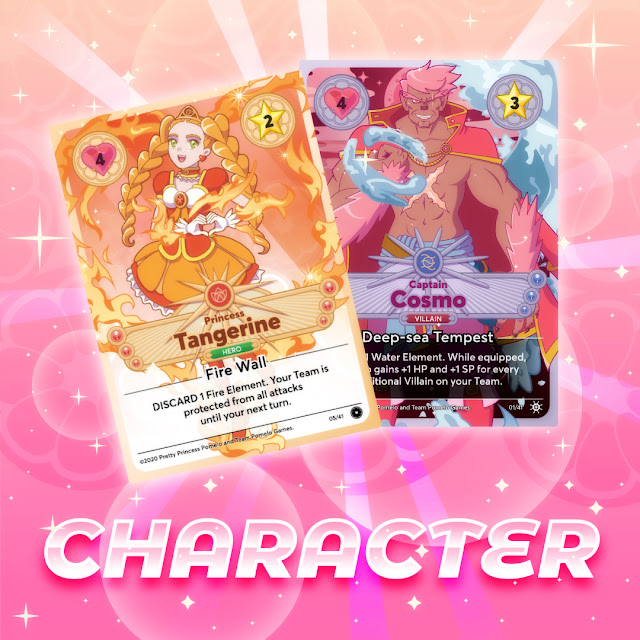 Pretty Princess Pomelo is a fun, team-building card game for 2-4 players. You can take control of the heroic, citrus-powered magical girls, and beat down your opponents with the power of friendship, love and vitamin C. Or play the villainous wolf like pirates and devastate your opponents with their brute force and dark magic to fight your opponents for the sacred and powerful Citrine Hearts! 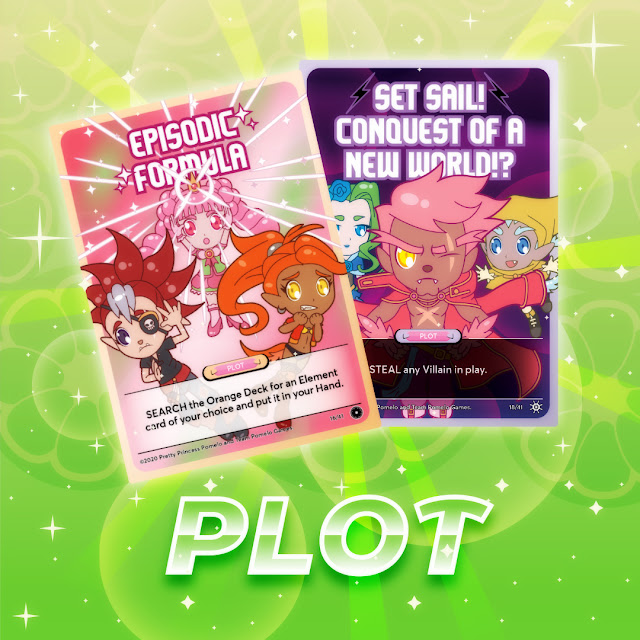 Each turn you play cards and battle it out as you try to take the advantage from your opponents. Draw from the Pink deck to acquire more characters to form your team, draw from the Green deck to get help as you gain control, or utilize powerful gear, and draw from the orange deck to unleash elemental attacks or cast spells. Attack your opponent’s Character cards by having more Star Power than they have Heart Power and Claiming the Citrine Hearts for yourself, but be cautious, things can change in an instant. At one point, you can be at the top of the game only to be completely destroyed in the very next turn. 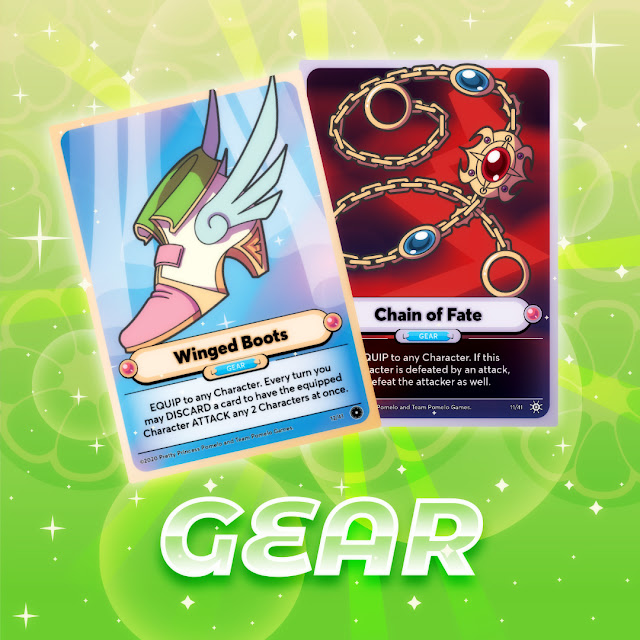