LOST RUINS OF ARNAK GETS AN EXPANSION!

As the name suggests, the expansion contains six unique leaders for players to choose from, each leader equipped with different abilities, skills, and starting decks that offer players different strategies and styles of play to explore.

In addition to the leader abilities, which introduce a new element of asymmetry to the game, this expansion also brings new research tracks that offer even more variety and a bigger challenge, along with new item and artifact cards that create new combos and synergies.

The expansion is planned to be released during SPIEL’21. Copies to different countries of the world will be dispatched around that time as well. The US release might be delayed depending on the shipping situation at the time. 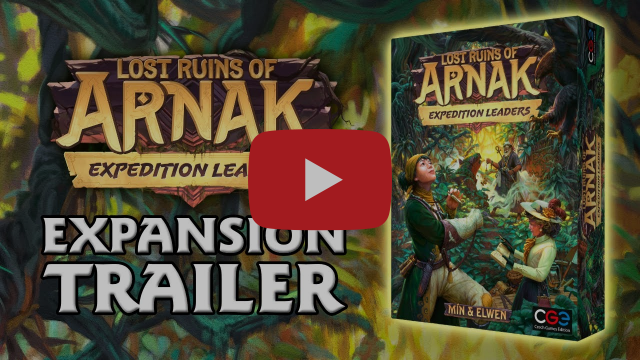