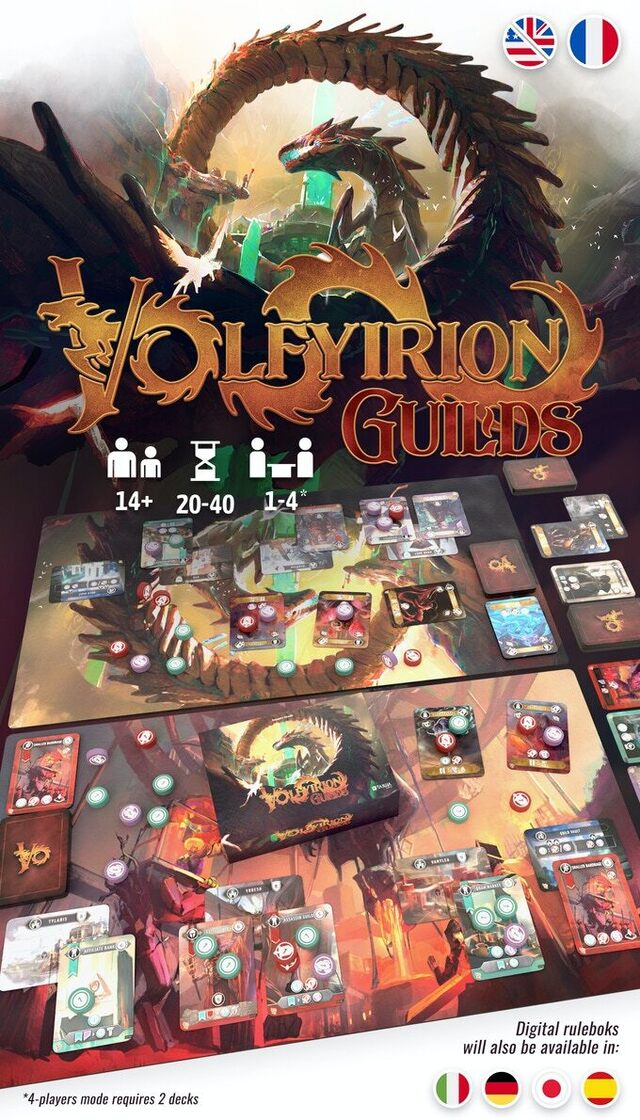 Volfyirion Guilds is a competitive, fast-paced deck-building card game, for 1-4 players.
The events of Volfyirion Guilds take place immediately after the events of Volfyirion.
The story revolves around 5 major Guilds, created by the king of Mysthea in order to stop the rise of the Volarees house.
Each player represents a Guild and will fight for supremacy until the very end. The winning condition is destroying all the 3 opponent’s cities.
Attack with your troops, focus on deck thinning, trigger powerful combos, and enthrall the dragon Volfyirion to annihilate your opponent’s cities.
An intense and highly strategic card game with a lot of replayability where, on average, a match lasts about 20-40 minutes.