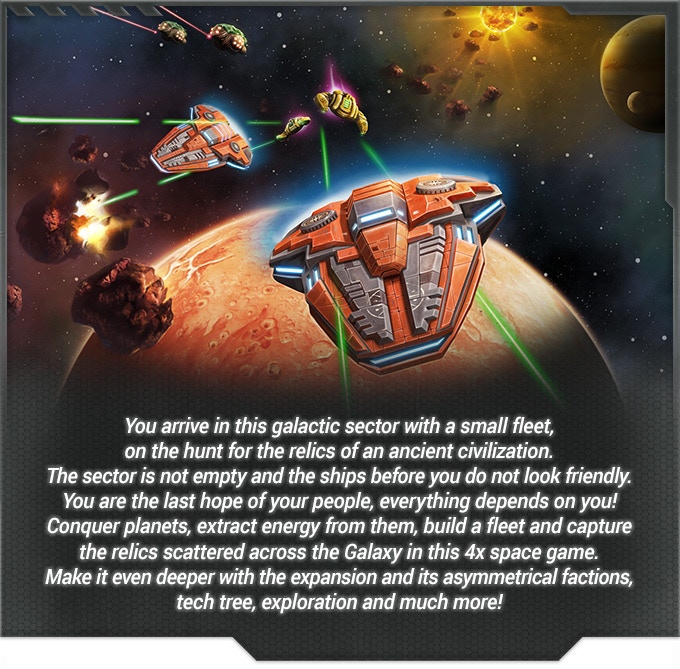 Nexum Galaxy is a game for 1 to 4 players aged 12+, in which you fight against other Civilizations in epic interplanetary battles to dominate the Galaxy. With simple and intuitive rules and a high tactical component, Nexum Galaxy brings 3 of the  “X’s” of this type of game, as you eXpand your control, eXploit Sector resources, and eXterminate your enemies. 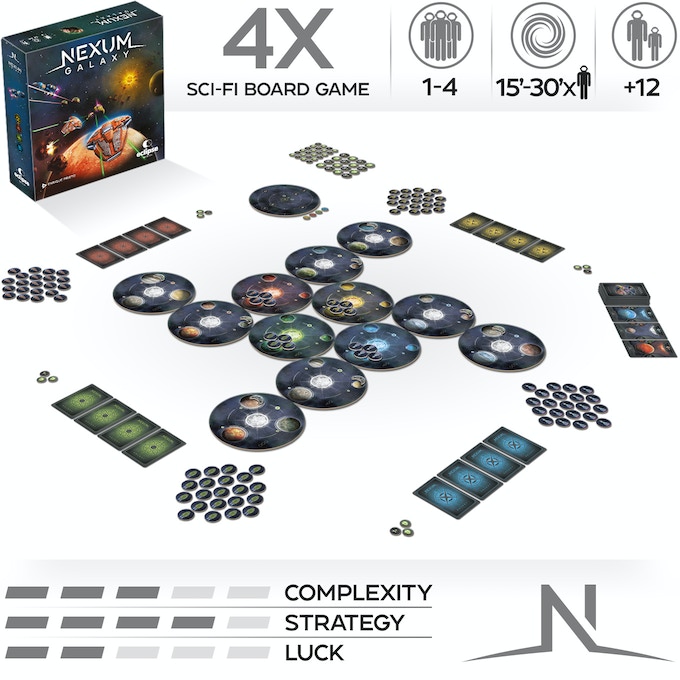 Nexum Galaxy is as scalable as you want it to be: play quick games with casual players, or add events, and play different game modes: co-op, solo against an AI, competitive with both human and AI players, campaign mode, and more. 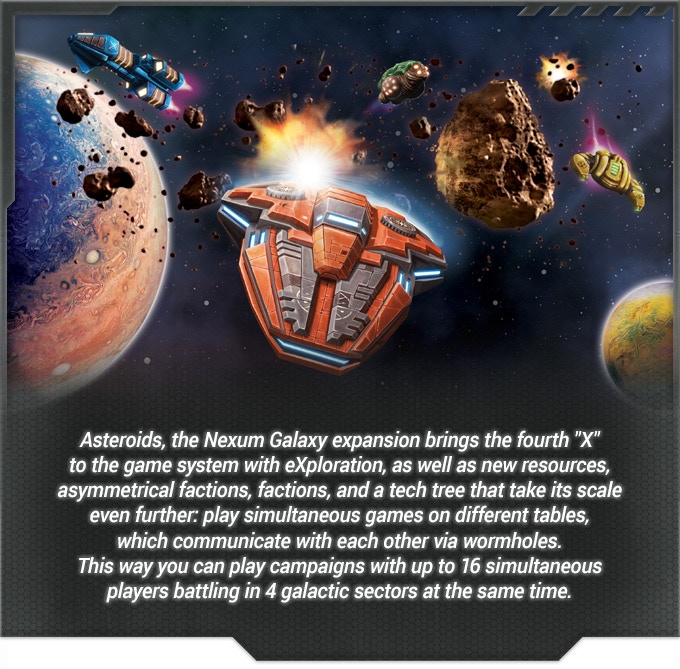