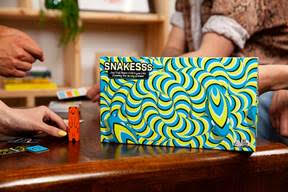 Designed by Phil Walker-Harding (Sushi Go! Cacao, Gizmos and Imhotep), the game will be at Target this coming June for $25. The game is easy to set up and learn, plus each round is lightning fast and you don’t have to be good at trivia to play. 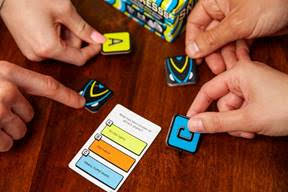 Here’s how to play (with a quick video tutorial): In each round, players can be one of three characters: Snakes, Humans or the Mongoose of Truth (the only player Humans know is not a Snake). Once a multiple-choice question is read aloud, the Snakes will see the correct answer first… leaving the Humans and Mongoose of Truth in the dark.

The entire group has 2 minutes to discuss what the answer might be while the Snakes fool other players into picking the wrong answer. When time is up, each player chooses an answer.