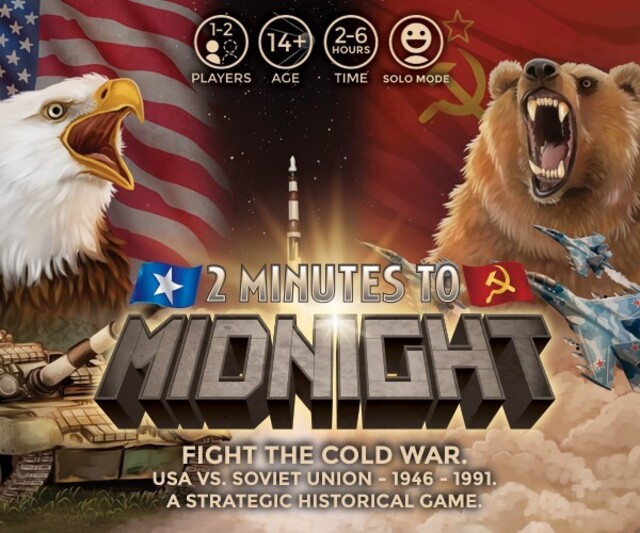 At the close of 1945 the world rejoiced with the end of world war two and the destruction of the German and Japanese war machines. The US & Soviet occupying forces, at first so eager to meet, now eyed one another suspiciously across the border.
On both sides secret war plans were studied, and within a year Sir Winston Churchill delivered his famous speech: “From Stettin in the Baltic to Trieste in the Adriatic an iron curtain has descended across the continent.”
The lines had been drawn and any pretense of post-war cooperation vanished to be replaced by mutual distrust. The Soviets rushed – through both research and espionage – to develop their own nuclear weapon. Meanwhile uprisings were crushed in the Baltic states and in the Ukraine amidst a terrible famine.
This is where the game begins, and you take command.

Go check out our GIVEAWAY if you haven’t yet!