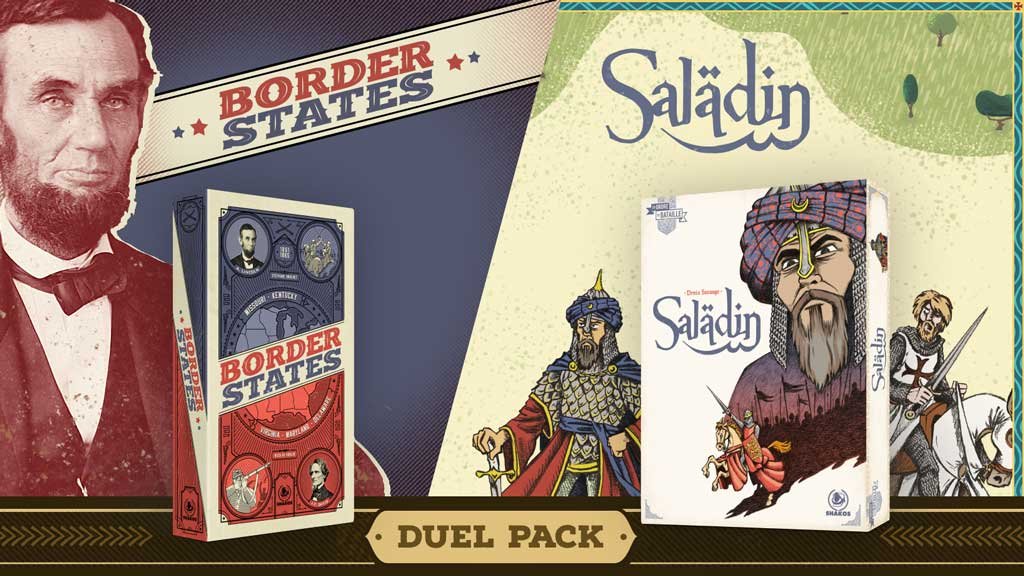 1861. The American Civil War erupts. The Union, led by Abraham Lincoln, is opposed to the Confederacy of Jefferson F. Davis. In the midst of this conflict, 5 slaves states, called the Border States (Delaware, Kentucky, Maryland, Missouri and West Virginia), are torn between abolitionists and slavers. They are the ones who can change the outcome of the war.
Border States is a tactical game for 2 players where each player takes control of one side. You will have to fight battles and win crushing victories in order to influence the Border States and try to rally them to your side. Bluff and guessing will be your best friends to lead your Generals to victory in around 45 minutes.
There are two ways to win the game: control enough States markers to win by sudden death, or be the player with the most victory points at the end of the 5 rounds.

Saladin is the first game of the series “En Ordre de Bataille” which will present for each volume a legendary medieval leader and two battles in which he has shown himself.
Saladin is a game intended to recreate the famous battles of Hattin and Arsuf where Saladin was opposed to the crusaders troops of Guy de Lusignan and then to those of Richard the Lionheart. In Saladin take charge of one of the armies that fought each other. Order your horsemen to harass the crusaders ranks or launch a devastating charge with your heavily armored knights. Saladin is an epic game for history and strategy fans.
Saladin is a historical wargame for 2 players. Having chosen one of the two battle scenarios and set up the game, each player, in turn, will order one of their Banners. They will make them fight in order to disorganize those of their opponent. For this it will be necessary to spend Order tokens, the number of which will decrease at the beginning of each turn.
The player who will manage to preserve the cohesion of their troops by retaining the precious Order tokens will be declared the winner.

Enter Giveaway for
Duel Pack : Saladin and Border States will be live on KICKSTARTER until Thu, April 15 2021 11:59 AM PDT, and has surpassed it’s funding goal of $8,194.
Find out more about Border States BGG & Saladin BGG. 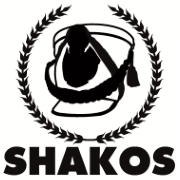