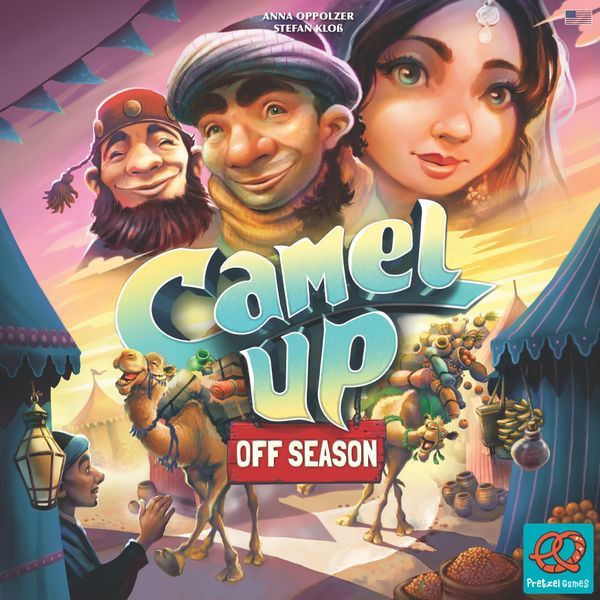 Camel Up: Off Season Announced
Pretzel Games has announced a brand new, standalone Camel Up game. “The racing season has ended, but these racers are more than ready to assist merchants during their off season. In Camel Up: Off Season, you take the role of merchants seeking fortunes to rival your wildest dreams. Push your luck in various markets where you will purchase valuable goods like fruits, vases, and carpets to load on your caravan. The more you stack, the bigger is your reward.”
This was among some exciting board game news that showed up in my inbox yesterday, see what else in on the horizon at Casual Game Revolution!
images and content courtesy of Casual Game Revolution