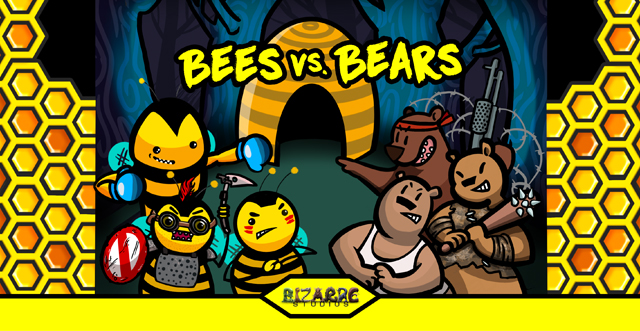 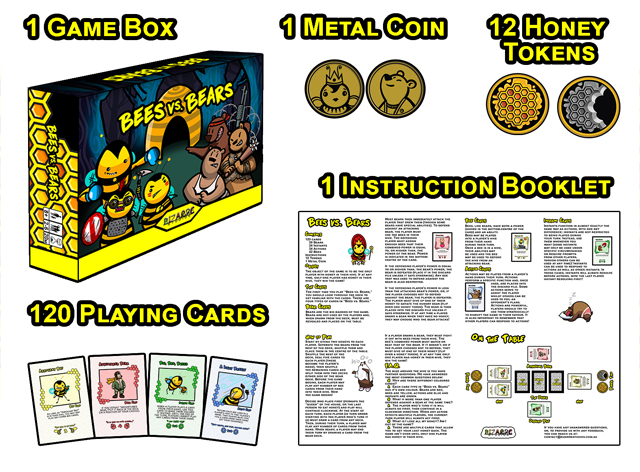 You’ll bee buzzing about out first game in no time! It’s un-bear-ably cute, fun and packed full of puns! Assemble your bee legions and defend your hive! The bears are hungry and they won’t stop until the honey is all gone…
“Bees  vs. Bears” is a strategy card game in which you play as a hive of bees, defending your honey against the horde of hungry bears. Each player starts with two honey tokens and tries to outlast the other hives. During the game you use special abilities as well as your army of  bee defenders, attempting to simultaneously fend off the bears and  weaken the other hives!
Bees vs. Bears will be live on KICKSTARTER until Thu, May 6 2021 1:13 PM PDT, and has a funding goal of $5,724.
Find out more at BGG.