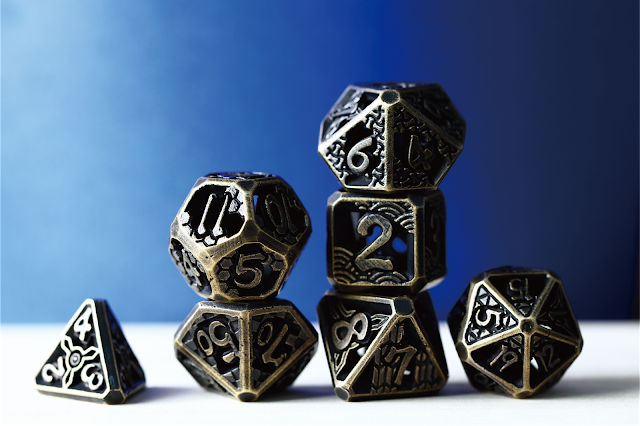 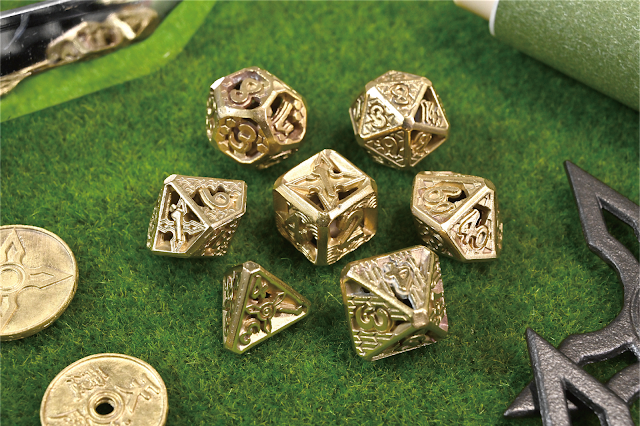 Just like a ninja who throws Shurikens (ninja throwing stars) to defeat his enemies, throw your dice to carve out your destiny! 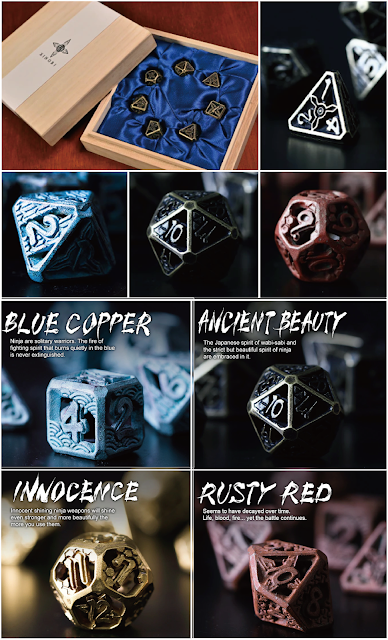 Imagining such a scene, we came up with the theme ninja or “Xinobi” as the perfect die for RPGs. We filled each side of the metal die with various Japanese aesthetics. We designed Shurikens and traditional auspicious images that have long been used in Japanese kimonos, the traditional Japanese clothing. What is even more remarkable is that the design incorporates the openwork technique, which was also used for the swords of samurai and ninja, in order to achieve the beauty of the metal and be easy to handle at the same time. 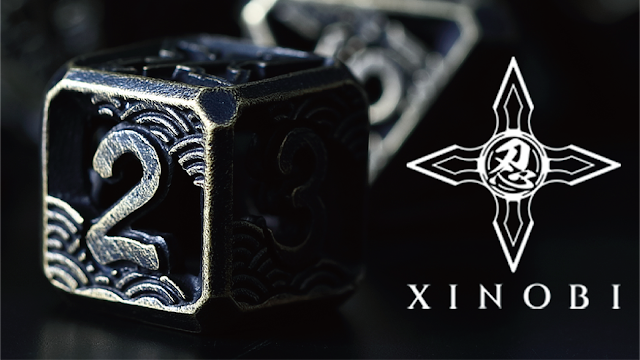