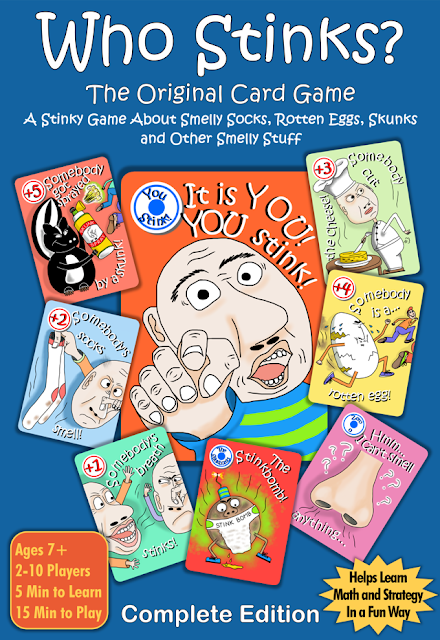 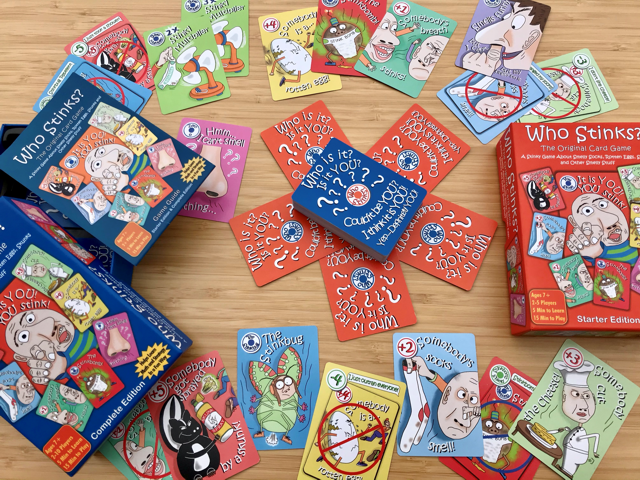 Who Stinks? is a family friendly card game that uniquely combines simple and easy to remember rules for the youngest audience while enabling highly strategic gameplay for older players. The game was developed with a goal in mind to bridge the gap between players of different ages, and to allow the youngest players to learn and develop basic math and strategy skills while having fun. 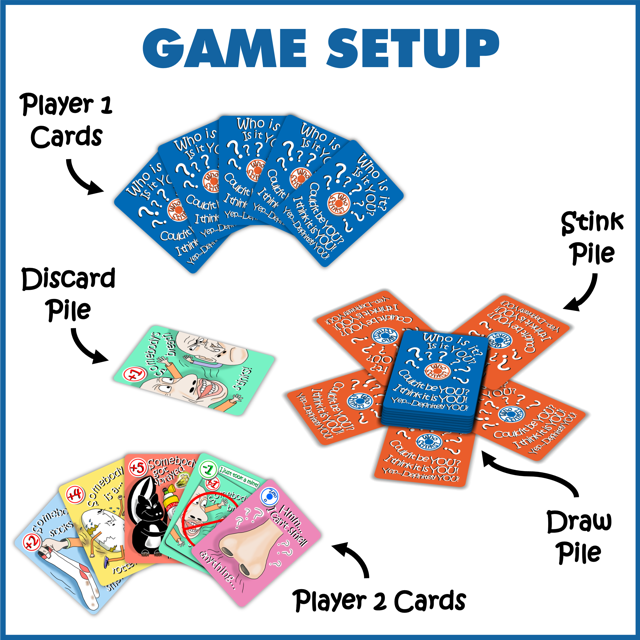 Play our game to find out who the Stinker is! Each Number card has a numeric value on it. The higher the number, the more it stinks! Each time you play a card, add its number to the value of all cards already played. This is called a Stink Level. Every time you play a card, the Stink Level goes up or down, or stays the same, depending on which card is played. As long as the Stink Level stays in the Safe Zone, 30 or less, all is good, and the game goes on. When the Stink Level gets above 30 and into the Danger Zone, the players must stop and find out who the Stinker is. The player whose card pushes the Stink Level to the Danger Zone is the main suspect and could be the Stinker! The suspect player must draw a card from the Stink Pile to prove their innocence, or not! But watch out, the game is still on! You must stay alert and pay close attention to what other players are doing until the very end of the game. Nothing is as it seems in this game, and you could be the next Stinker if you don’t act fast! 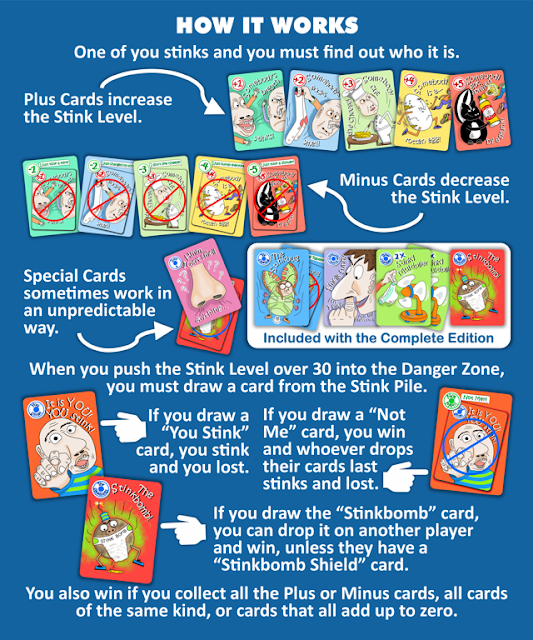 For more details on the gameplay experience, different endings, strategies, and rules please refer to the “How to Play” guide available on our Kickstarter campaign website.
Who Stinks? will be live on KICKSTARTER until Fri, April 9 2021 6:46 PM PDT, and has a funding goal of $5,000.
Find out more at HERE. 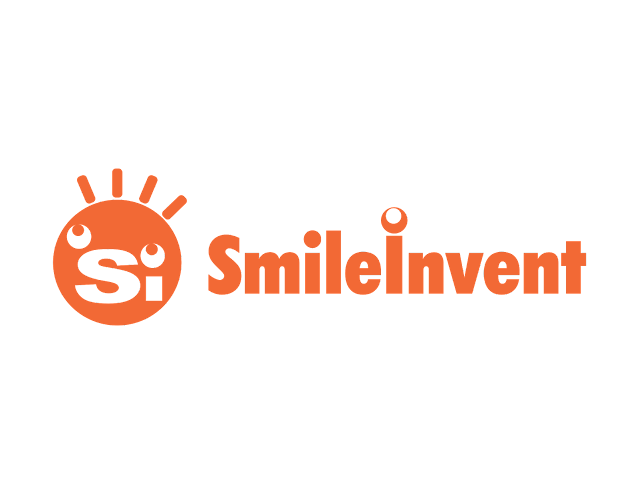