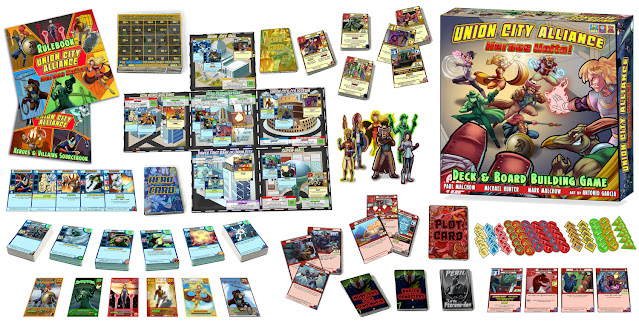 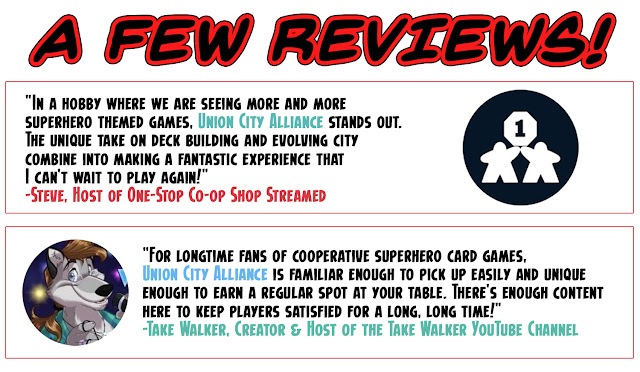 Union City Alliance is a Deckbuilding Game that allows the Players to expand the play area and the available cards to add to their decks by exploring the city. Each new panel added to the board contains unique actions or bonuses for the players to use as well as new hero cards to achieve and new city cards to encounter. City cards are challenges and possibly even enemies for the heroes to face off against, gaining outrageous rewards when they overcome these iconic elements of life as a hero in Union City. The layout of the city and the locations you find will change each game, creating a unique board every time you play! The cards that players will be able to add to their deck will also change every game based on the Heroes that they choose the team-up with, making a one-of-a-kind game every time. In addition to the cards they will find around the board, each Hero also has access to exclusive solo cards that represent their peak abilities and unique power sets. Using these resources, the heroes must engage in battle with the super-villain and defeat them, before the super-villain takes down the do-gooders. The game takes place over several issues, each featuring more and more dangerous plots from the super-villain so the heroes are under the gun! Each of the three villains has its own unique minions, events and other ways of altering gameplay that gives new threats each time you play against them.
SOLO PLAY:  While the game runs with 2-4 Players, there is no secret knowledge or competition between Heroes so Solo Play can easily be managed with one player running 2-4 Heroes themselves.

Play a Game now for Free with our Tabletop Simulator Mod! Check it out HERE! 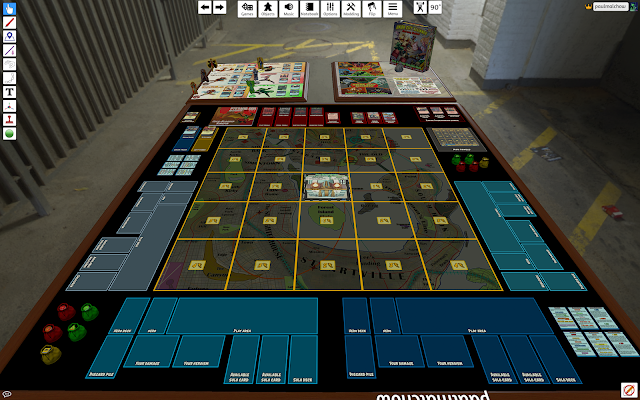 Union City Alliance Heroes Unite Deckbuilding Board Game NEW will be live on KICKSTARTER until Sat, March 27 2021 7:01 AM PDT, and has a funding goal of $10,000.
Find out more at BGG.
Don’t forget there’s a giveaway going on! See the image below! 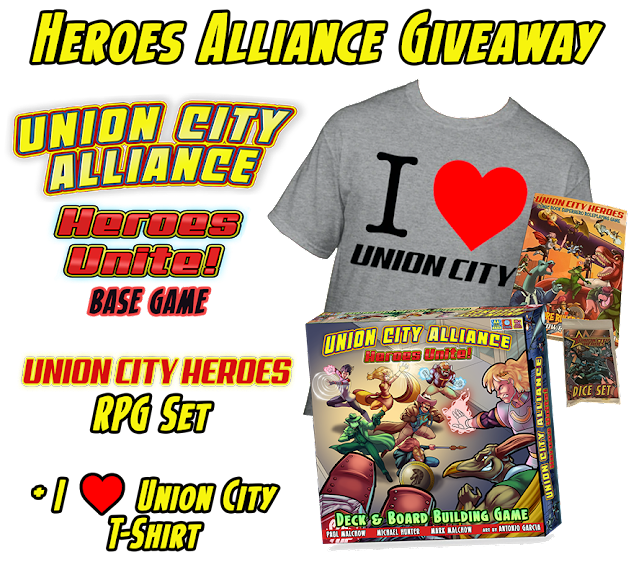 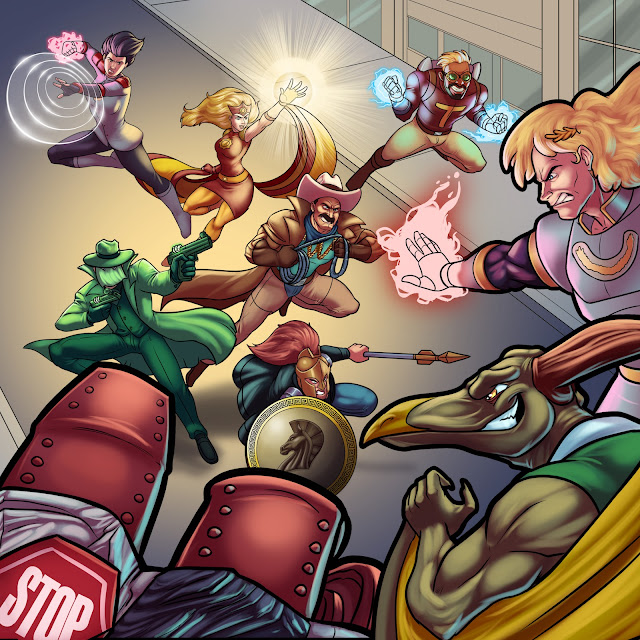