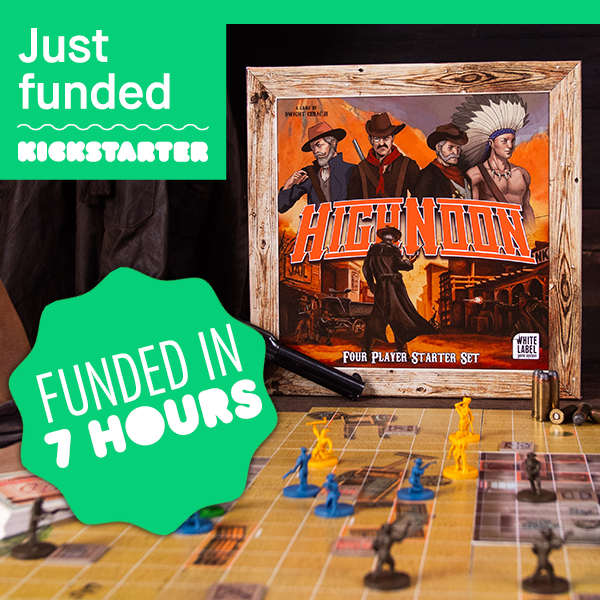 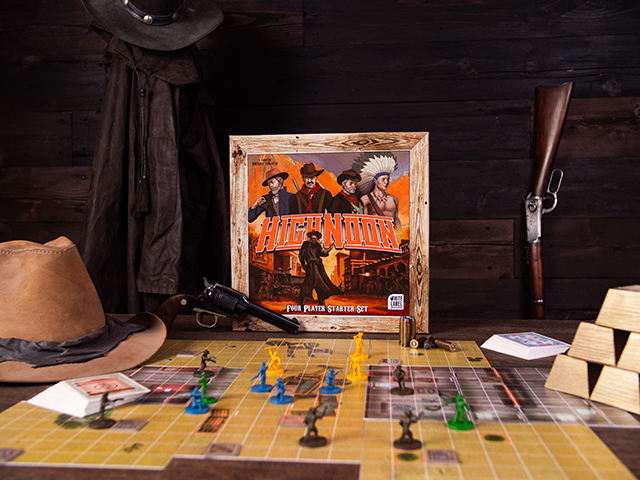 High Noon is
an easy-to-learn, tactical Western shoot ’em up for 2 or more players where no two games are ever the same! 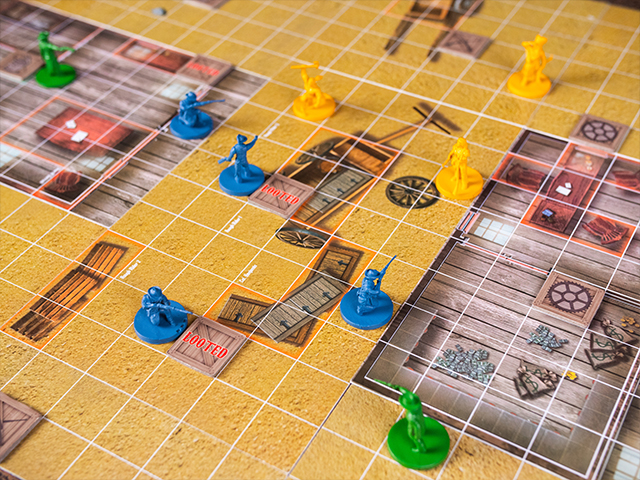 The small town of Sweetwater Gulch has found itself in the midst of chaos – again – when a rogue colonel and his men attempting to break an informant out of jail are mistaken for federal officers attempting to trap the LeRoy Gang inside the Sweetwater bank in the midst of their heist. The gunshots alert the Sherriff and his deputies, one taking a bullet to the gut before he can grab his pistol, while a small warband of Mkwa hunters tracking the colonel decide now is the time to have their vengeance against those defiling their sacred lands. 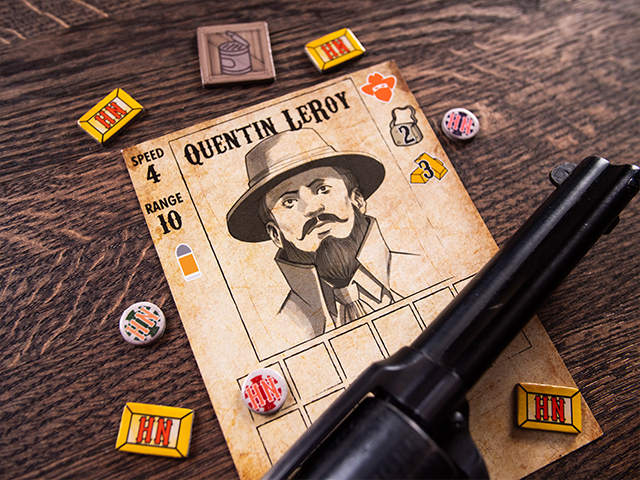 High Noon is a turn-based tactical board game set in a fictional turn-of-the-century Wild West universe where players vie for dominance using various posses of deadly variety. Draw from your unique posse decks to equip your characters with the skills, abilities, attacks and defenses they’ll need to get ahead. Loot payload crates whenever possible to gain the advantage over your enemies and collect gold for killing or dealing damage on your turn. The player with the most gold at the end of 12 rounds wins the day. 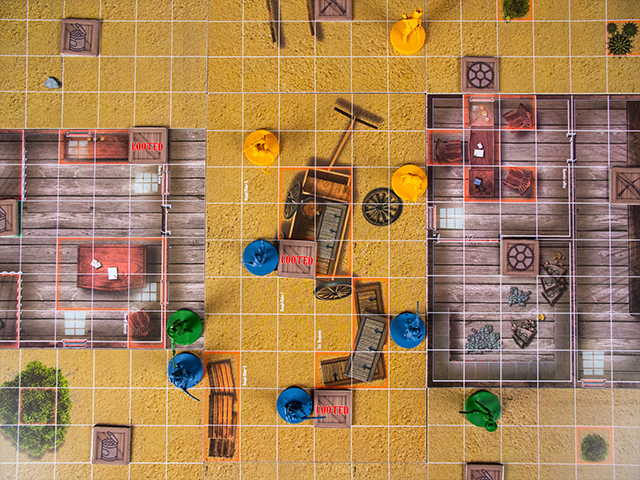 Who likes waiting for things? We know we don’t. That’s why we will be fulfilling the first 4,000 starter sets immediately after funds are released from Kickstarter. You read that right. You won’t be waiting years or even months to get your game. If you’re one of the first 4,000 pledge-backers, we’ll be shipping the High Noon Starter Set to you right away!
Try your luck at winning a copy of High Noon! HERE or image below! 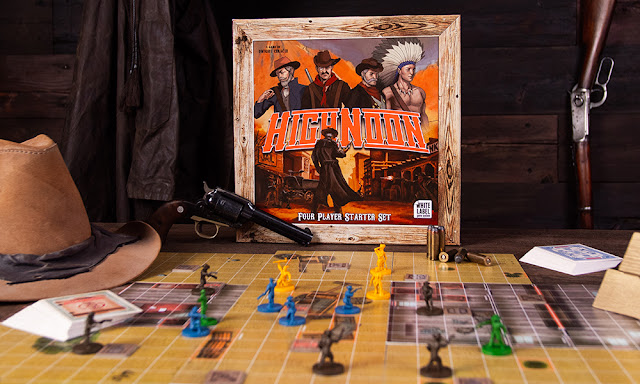