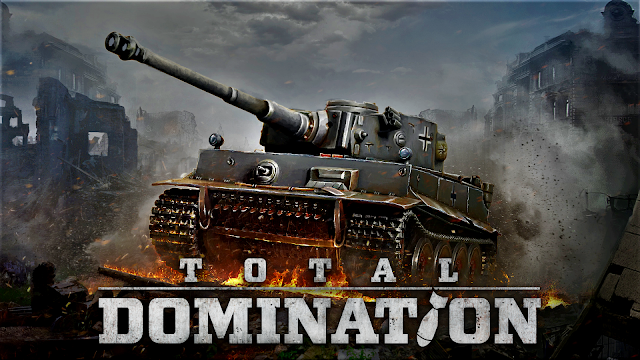 Don’t have all day to play long wargames? No problem! Total Domination is all of World War II in 90 minutes. Tension. Immersion. Suspense. Rising emotions. Team play. Simply total domination. There is no more time for diplomacy. Either the Allies win, or the world is crushed by the Axis.

Total Domination is a game for 1 to 4 players. The unique, asymmetrical gameplay provides an unforgettable experience. Players control Japan, Germany, the Western Allies or the USSR. The game features many intriguing mechanisms, some used exclusively by one side of the conflict or even by a single faction. If you like card-driven, area control, careful planning of your moves and technology development – you can’t afford to pass by Total Domination.

The Late Pledge is open: http://bit.ly/2NLoEXA 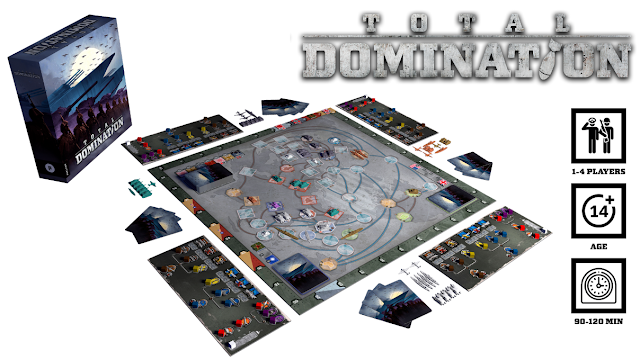 How do you win a world war, a game where the stakes are so high, your nation’s survival is at stake? You shall fight on the land, and in the sea, and in the air. You shall harness your industries to craft new technologies superior to that of the enemy. You shall make alliances with the neutral. You shall attempt to soar to the edge of the atmosphere, and build the biggest bomb the world has ever seen. You shall never surrender! And in Total Domination, you shall do it all in a mere 90 minutes.

World War II was a diplomatic, military and industrial ‘total war’. Fought on the land, sea, and in the air, it required mobilization of every imaginable resource. In Total Domination, you shall harness your industries to develop new weapons, seek the support of neutral nations, form and fund massive partisan armies to resist hostile occupation, break the enigmatic enemy codes, and plan and execute military operations which will sweep across continents and oceans. Balance these tasks and make this your finest hour!

Total Domination is live on Backerkit with an estimated shipping date of 7/2021.
Find out more at BGG.