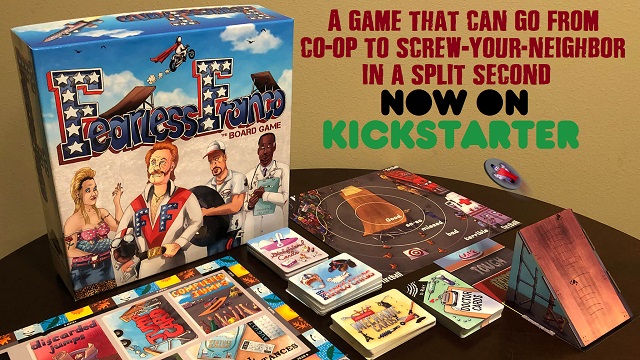 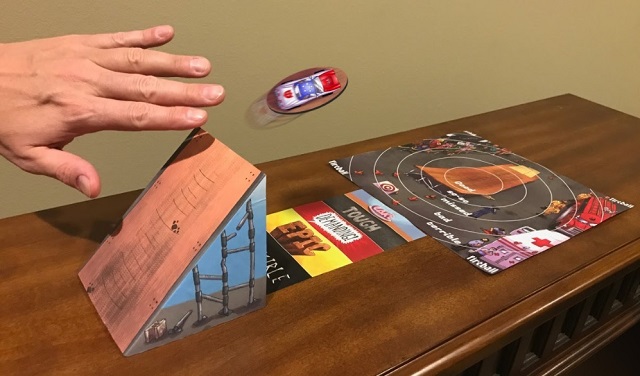 Arthur Francis Tuscadero is an aging stunt jumping daredevil that wants to jump for ten more years and retire on top.  With him on this journey are his trust mechanic, unethical doctor, and gold-digging girlfriend.  They want to help him be the best, but, hey, sometimes everyone has to look out for themselves. 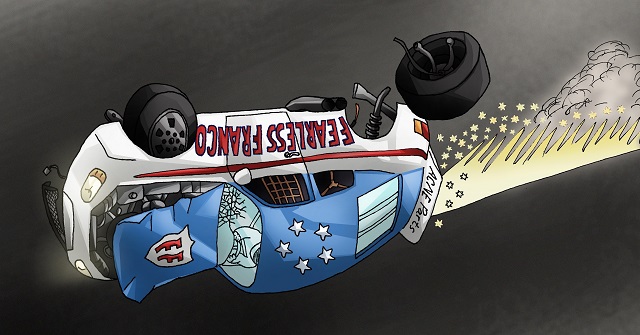 In this simulation of Franco’s life you can play as one of his close confidants or as Franco himself. Franco wants to believe his friends have his best interests in mind, but everyone has their own agenda.  I don’t want to say it’s a “screw-your-neighbor game” because Franco’s white-trash girlfriend might get the wrong idea. 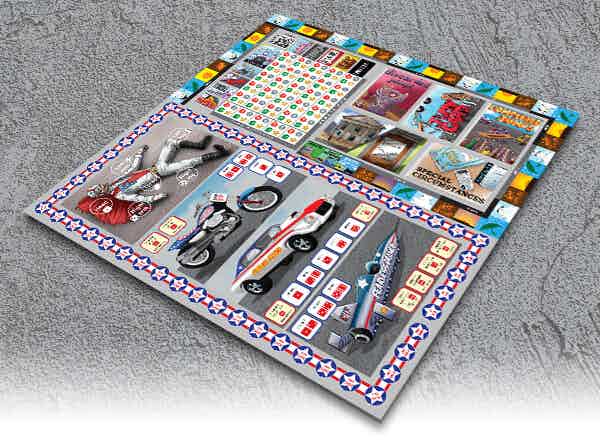 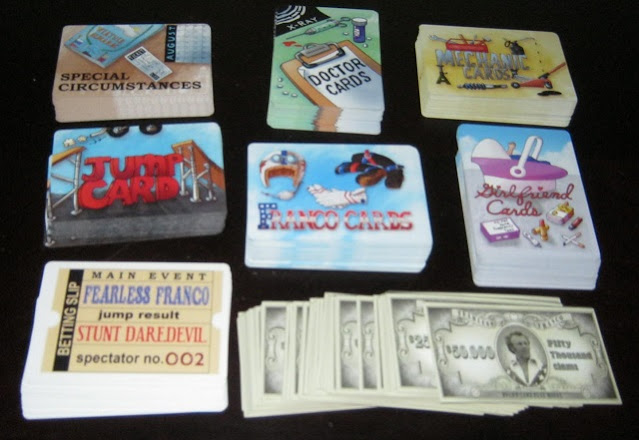 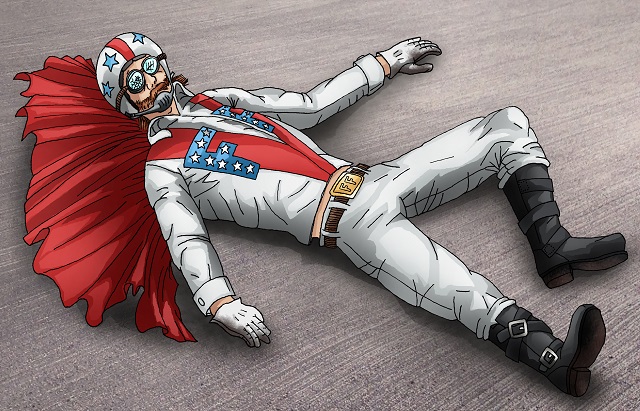