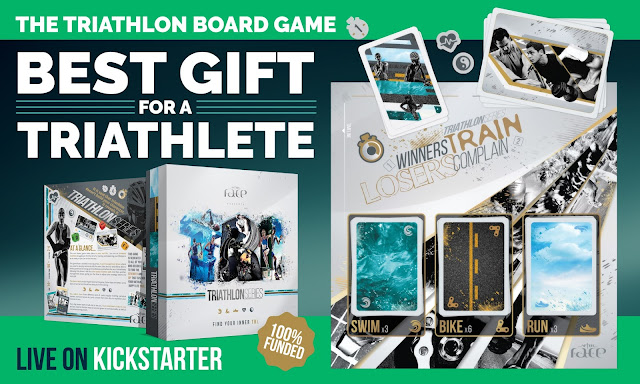 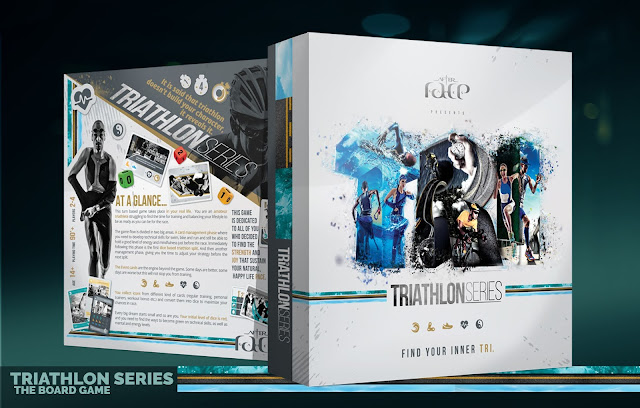 Before I give you some words from the publisher I’d like to take a moment as the owner of Everything Board Games to let you know why this game holds a bit of my heart even though I haven’t yet played it.

In July of this year(2020) my father Moroni George Leafty and mother were riding their tandem bicycle out to visit the Great Salt Lake like they did numerous times before when they were in a car vs. bicycle accident. In this accident my father died. He was quirky and different. We didn’t always see eye to eye. But, I learned a lot from him and gained love of everything apparent in Triathlon Series The Board Game from him.

Taken from his Obituary: “He loved running, biking, and swimming. He tracked his bike rides, swimming, and runs each day and recorded the miles on his calendars. He rode his bike and tandem multiple times to the Great Salt Lake. Attempted Bryce Canyon 2 times, once with his nephew and the other with a brother. He made it to Bryce Canyon with his eldest son it took them 5 days to get there. And countless other places. He rode his bike before it was a cool thing to do. He would run from the bottom to the top of cable mountain at Zion National Park and back down again. We even have a picture of him standing on his head at the top of cable mountain. Moroni will be missed, but we are all thankful for the time we had with him. He passed doing what he loved, riding the tandem with his wife. With biking, running, and swimming he’ll show everyone how to have fun.”

He passed his love for running, biking, and swimming onto me. I was the oldest son referenced in riding our bike to Bryce Canyon from Magna Utah a distance of 280 miles. 3 weeks before he passed I had purchased my 1st bicycle in over a decade and had been riding every night until his passing. This riding reminded me of my love for the sport. I also have loved running all my life. I didn’t know I loved it but after he passed I started going to the HOA’s (where we lived) pool and put in some great swimming. Turns out I love it as well. After finding this out I decided that I want to participate in a triathlon if not more than one in his honor. My 13 year old daughter also decided that once she learns how to swim she wants to do the same. I was excited to find this on Kickstarter as now when it’s cold here or my back hurts I can still glory in the joy these things bring me while being connected to my old man.

Triathlon Series. The Board Game.

No one ever said, “Let’s play triathlon”. Until now! Strength. Joy. Pace. Find your inner TRI.

Triathlon Series. The Board Game is the first tabletop game inspired by the Tri lifestyle.

The story began a few years back, when governed by chaotic living, stress, and a few extra kilos we felt like a change was vital.

After trialing different sports and events, we discovered a new path: Swim-Bike-Run. This was the new equilibrium that ruled our way of life. It wasn’t just for fitness, but rather a way to be, a lifestyle that was worth sharing with others.

This is the story behind the game, and the meaning of
our tagline, ‘Find Your Inner Tri’. 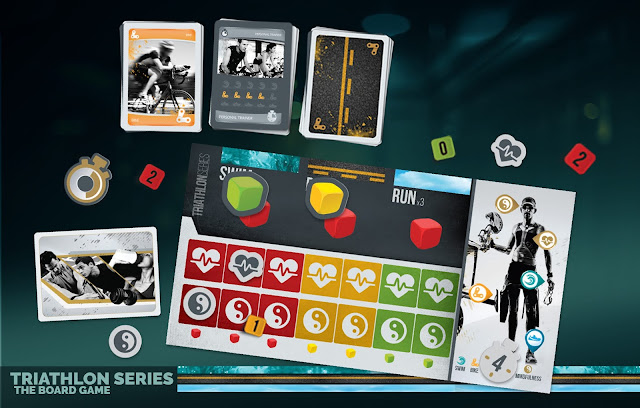 The game invites you to play the role of an amateur  triathlete struggling to find the time for training and steady  your mental and energy state to be as ready as you  possible can for the race.

Your objective is to be the first at the Finish line.
During the two stages of the game – management/training  and race – you have to train the necessary skills (swim, bike, run) and develop the personal expertise (strength and mindfulness) that you need in order to choose the  right strategy

All the choices you make, the way to manage the time, measure your energy and keep your motivation strong, as well as your physical strength have a direct influence on your performance during the game and become  a huge influence on the ranking.

Train continuously, develop intelligent tactics, become one
body and mind and your winning chances will 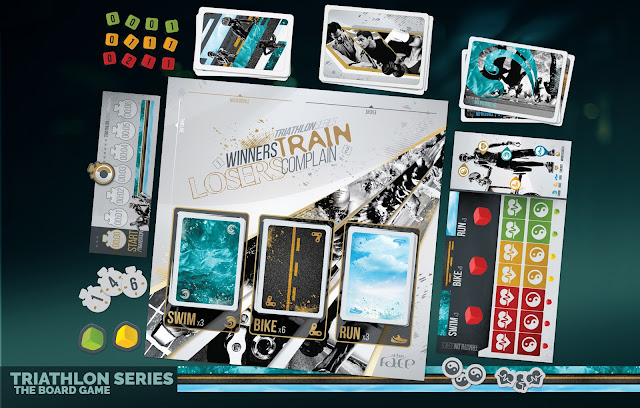 Triathlon Series. The Board Game.

Our game has featured in some of the most prestigious sporting magazines and triathlon channels around the world (Triathlete Magazine Editors’Pick 2020, Top 10 Gifts for a Triathlete – GTN – Global Triathlon Network, 220Triathlon Top Indoor Kit 2020).

We’ve successfully sold and shipped the 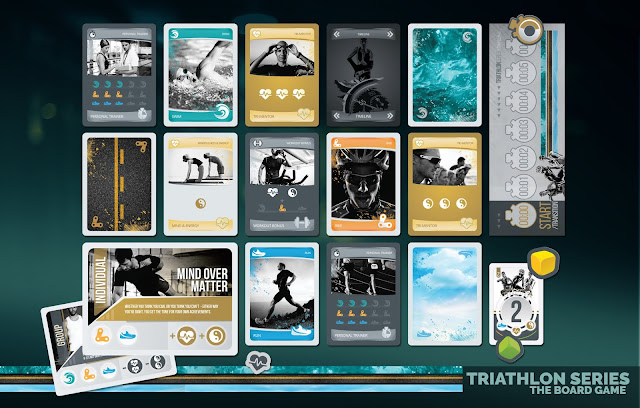