You are the Vanguard… the first. Reach into the unknown with fledgling spacefaring technology and hopefully return to accolades. As Commander, your goal is to successfully complete your missions and discover what lies beyond Sol. 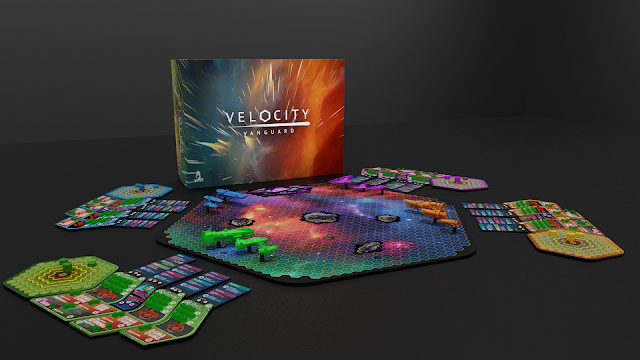 Velocity: Vanguard is a physics-based space board game with fast and kinetic gameplay. Story driven missions are designed for 1 to 4 players as individual commanders or teams. You’ll encounter asteroids, defense stations, powerful automated enemies, and many other surprises. Choose your faction, crew, ships and modules… then embark! 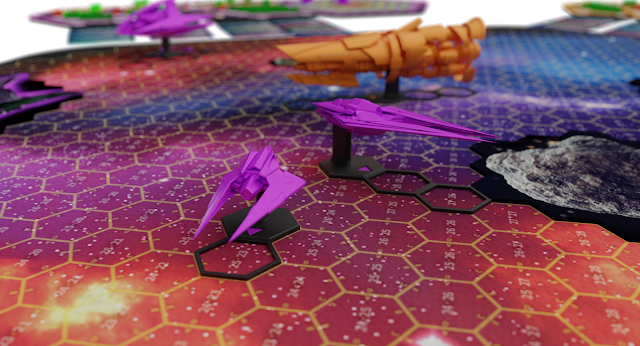 Through a unique physics based mechanic, players control where their ship will be by manipulating their vector token with a navigation action. Each ship has unique handling characteristics that make this an exciting part of gameplay.

Depending on the mission and mode (solo, co-op, competitive), each player controls a faction with 1 to 3 ships per faction, for a set number of rounds, or until a particular objective is completed. Within a round, each player will take turns activating ships by placing crew members in navigation, module or specialist crew action slots. After crews have been assigned, the player will move their ship on the tactical board the number of hexes and direction indicated by their vector token on the vector board. Before, during or after movement, players trigger crewed actions by spending energy and then exhausting that crew. 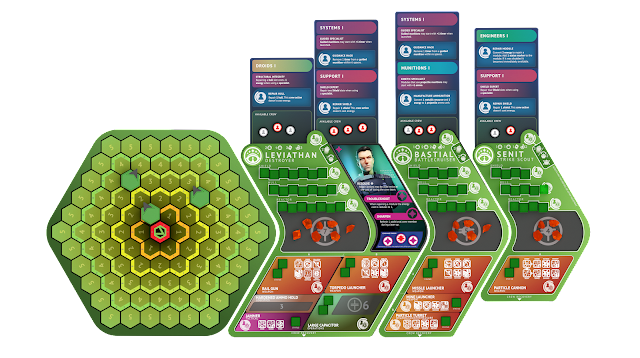 Your ships will be well equipped to explore, defend or attack with modules including weapons, defense systems, scanners, support and specialist crews. In the core game, each of the 3 ship classes possess unique strengths of their creator factions and are further customized by the player during mission setup. There are 18 modules and 12 specialist crews available to choose from in the core game. Each ship class can hold a limited number of modules and crew. Module and crew selection depends on the mission, and could include drafting, budget, free-for-all or recommended load-outs.

Whether you enjoy solo, co-op or competitive story driven missions, skirmish or building your own scenarios, Velocity: Vanguard has almost endless replay-ability. 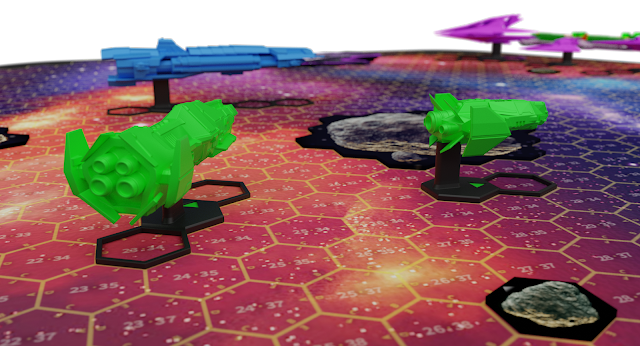 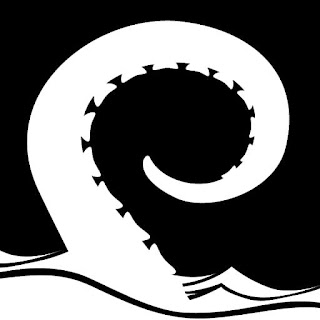