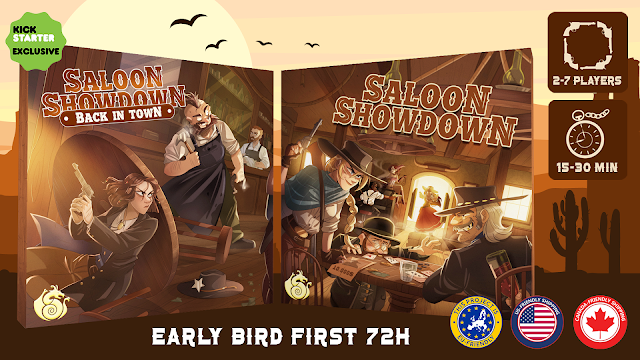 Saloon Showdown
Publisher: Dracomaca
Designers: Dario Dordoni, Francesco Stefanacci
Number of Players: 2-7
Ages: 8+
Time: 15-30 Minutes
Find on KICKSTARTER HERE.
Saloon Showdown is a trigger-happy boardgame where up to 7 gunslingers will try to collect the bounties on the heads of others; challenging in epic duels, truels and Mexican standoffs!Reflexes and speed of thought will determine the most skillful gunslinger… but! There are also other, more devious ways to win, in Saloon Showdown! 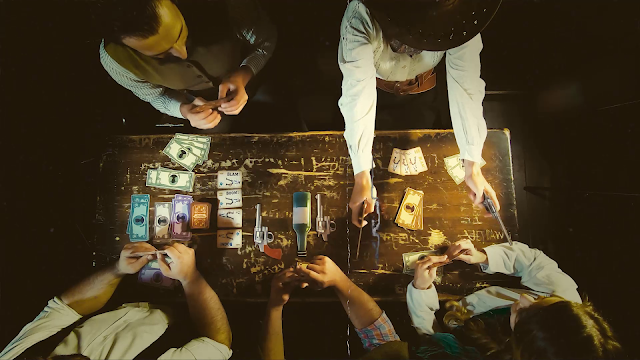 …Do you feel lucky?Feel the pressure of being a dangerous “wanted” gunslinger in the old wild west!In Saloon Showdown every player is guilty of something, and has a bounty over his head. While you have to keep your bounty to yourself, maybe you can try and take the others’The shooting system in Saloon Showdown is simple but very, very thrilling!Players engaged in a Duel, Truel or a Standoff must guess 3 elements among the 3 cards they have in their hands: 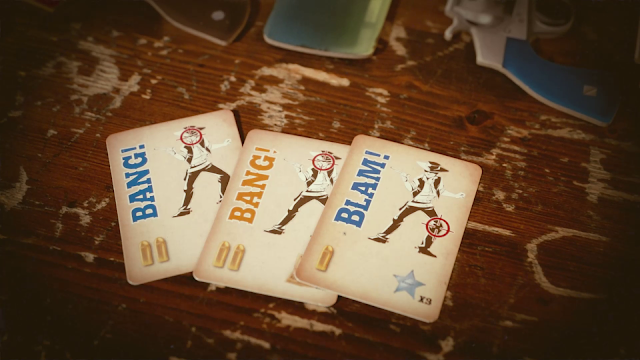 The first player faster than the others must try and “hit” the adversary, taking the right gun from the table, pointing it to the right body zone and SAYING OUT LOUD the right gunshot!Players can get to the shooting in many ways, collecting symbols on the cards (that permits Truels and Standoff) or directly menacing another player – with a bluffing component.But gunpowder isn’t the winning currency! Dollars are!So you can reach 130$ fleeing from battles, collecting bounties from a safe distance, or subtly steal money, and win the game while all the others keep shooting at each other!