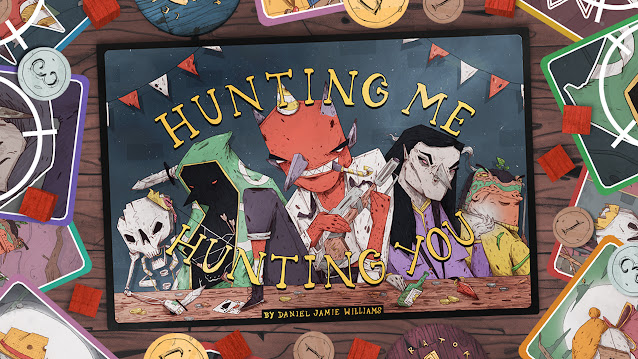 Hunting Me, Hunting You is a secretive social deduction tabletop battle game in which everyone’s hunting and everyone’s being hunted! The first person to take out their target and identify their attacker wins the round.

Dish out damage, spy on your enemies and collect your pay!
Also, compete in longer tournament games over a series of rounds in which players try to collect as many coins as possible.
Players take turns as the only player with their eyes open, dishing out damage cubes, whilst also trying to work out who’s attacking who – and most importantly, who’s attacking them!

It’s a social deduction game that differs to most, as each player is trying to make their own deduction, and they do so at a risk…
If a player correctly identifies their attacker, the accused player dies.
If they’re incorrect, they die!

It’s all about survival and deduction – biding your time or taking big risks. 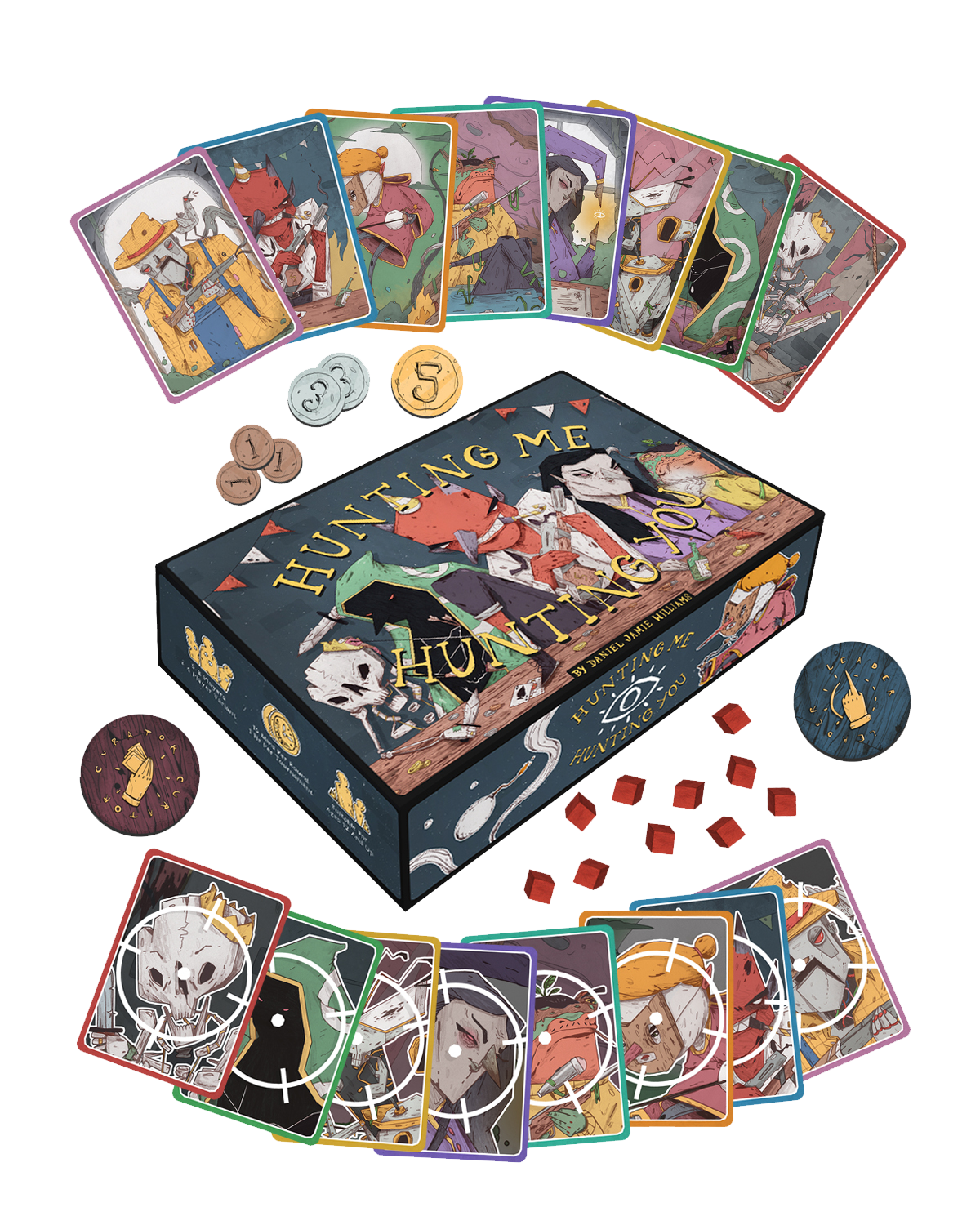 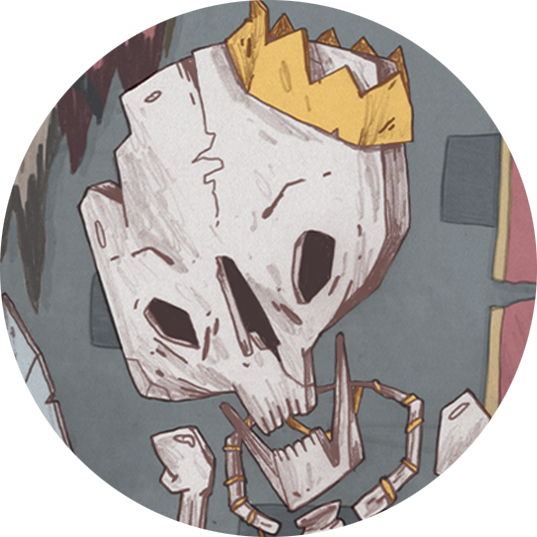