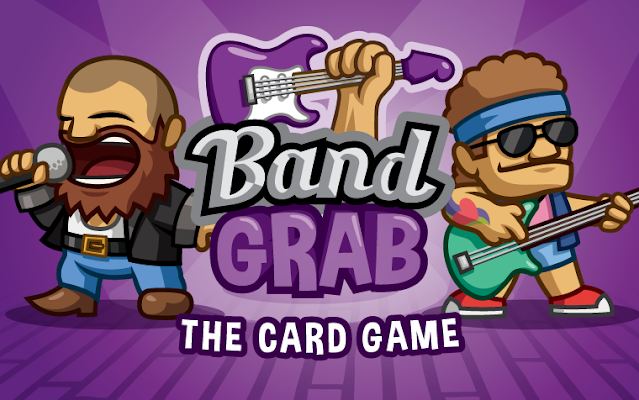 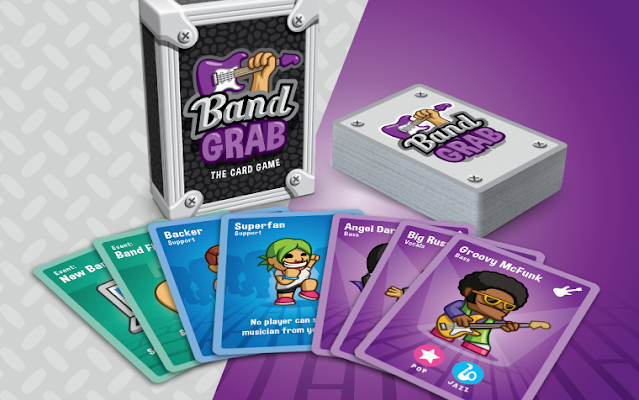 Band Grab is a fast-paced strategy card game where players race to collect a winning set of groovy musician cards by swapping and stealing from other players! This easy-to-learn game is full of vibrant characters, game-changing powerups and of course lots of sneaky scheming!
> Build your band with heaps of fun and unique musician cards
> Steal band members with exciting event cards
> Recruit fans with support cards
> Book your band’s first gig to win the game!

The aim of Band Grab is to strategically collect & steal musician cards from other players to build a musical band that is supremely skilled in one of four fun music genres. You can build your band to play smooth jazz, heavy metal, funky pop or hot rock. The choice is up to you! Once your band has enough skill in one genre, simply play a Gig Card to win the game. But you probably will have to steal a Gig Card from another player before you can play your winning move! 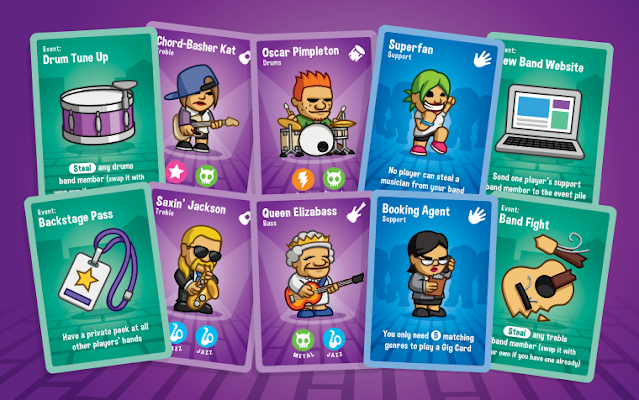 This unique card game is designed to be super-easy to learn for players of any skill level, but is also designed to involve a heap of technical strategy to keep experienced gamers highly engaged. The fast-moving gameplay also makes this game the perfect activity for your casual family gatherings or for warming up at the beginning of your regular game nights. Even if you’re not a musician, the charming characters in this cheeky game will keep you smiling until the exciting end!