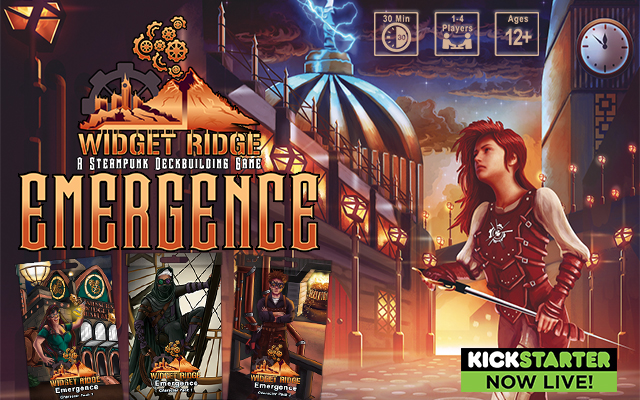 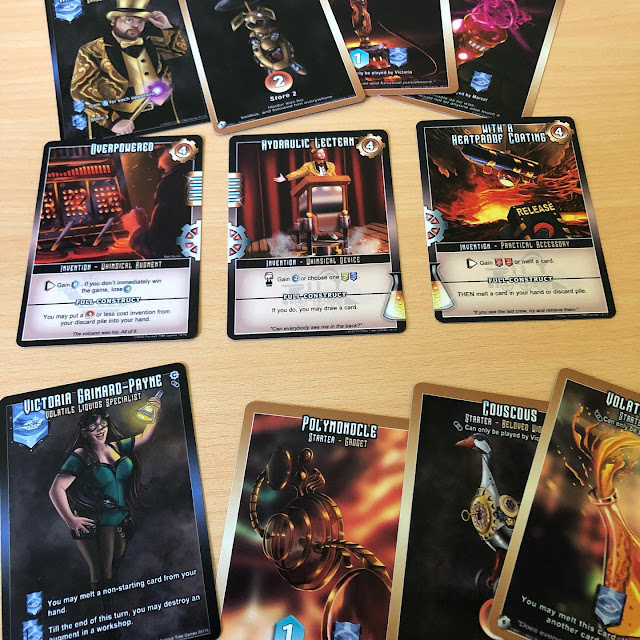 Widget Ridge is a Steampunk deckbuilding game where inventors compete against one another to be declared an Engineer Laureate!  This is no easy feat, inventors must use their Beloved Widget and Gadgets to buy augments, devices, and accessories in the Marketplace of Ideas to build amazing inventions to ultimately generate enough Spark to win the game!

Emergence expands the Widget Ridge experience by adding 9 new playable characters to the game!  This expansion set includes three-character packs containing all-new cards, including characters, widgets, gadgets, and inventions!  Along with, new solo and co-op campaigns for everyone to enjoy. 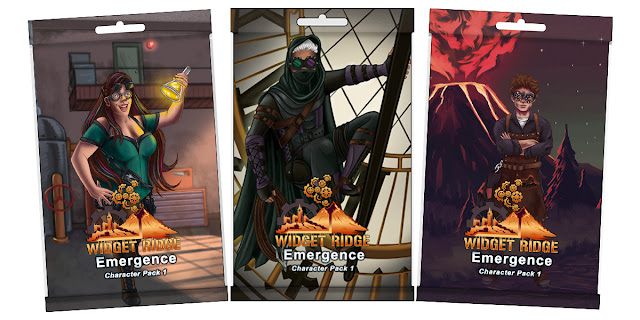 Emergence is live on Kickstarter with some great tiers and

stretch goals including tiers for newcomers and backers 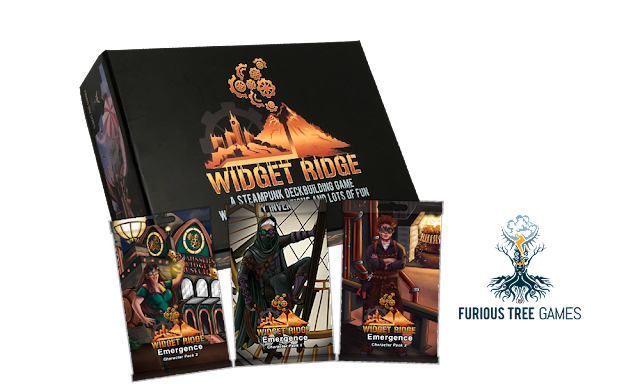 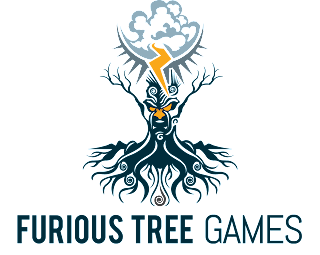