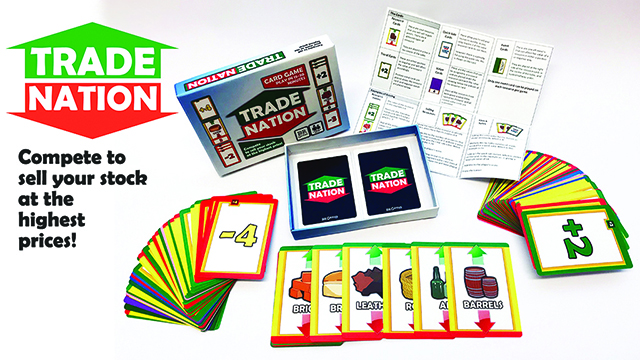 Trade Nation is a family card game published by DR Games for 2-6 players with a playing time of 15-30 Minutes.

‘Compete to sell your Stock for the highest Price!’ 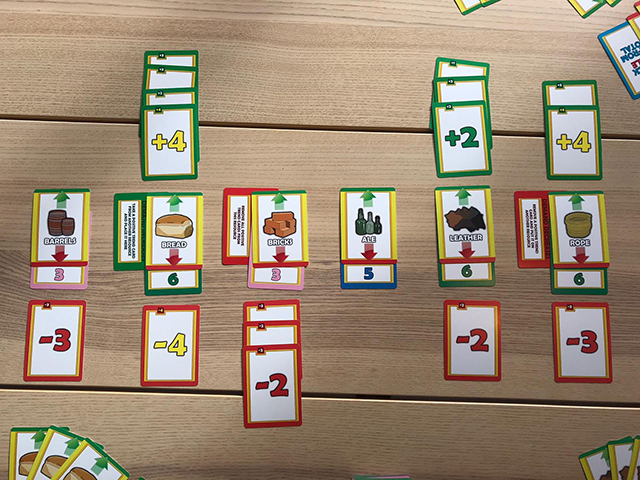 Trade Nation is a card game of selling resources and affecting market values.  Collect and sell sets of resources and create an active market that is tipped in your favor, by attempting to increase their value. At the same time prevent the other players from gaining the upper hand, by devaluing resources they appear to be collecting. The player who has gained the most points when all resources have been sold, during and at the end of the game, is the winner 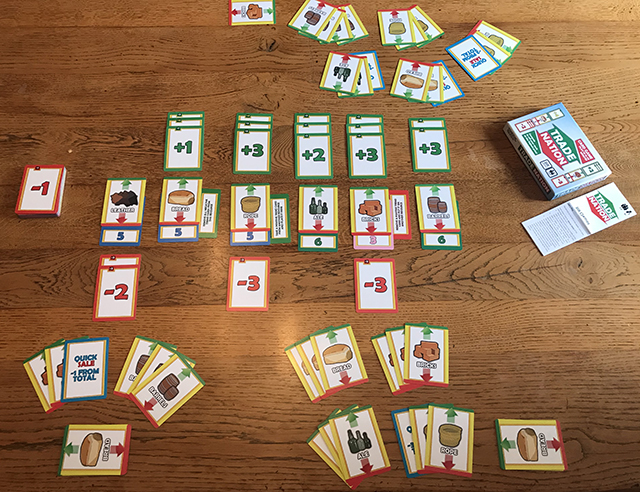 Coming off the back of our successful Kickstarter Dark Force Incursion this new card game Trade Nation also relies on strong simple game mechanics that made DFI a success story. It brings you a family game much in the mould of UNO or MONOPLOY DEAL that is designed with universal appeal. The straightforward mechanics means it can be learned in five minutes and is suitable for ages 8+. The bold colorful appearance of the different stock cards, event card, trend cards and value cards gives’ it a fun appeal for everyone. The 120 cards are stored in a rigid box which is portable and durable, no more damaged, and bent cards

“Be prepared to be addicted! the games move’s quickly so you really have to be on the ball.”

“Its very exciting to be able to control the rise and fall of the markets.”

Live on Kickstarter now, find out how to get involved at https://www.kickstarter.com/projects/drmgames/trade-nation-a-family-card-game