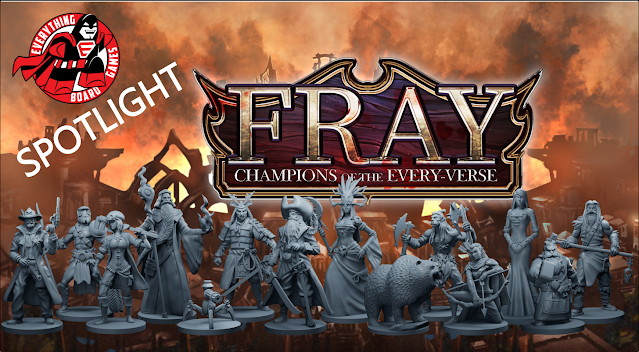 Fray: Champions of the Every-Verse is an arena combat skirmish game allowing players to pit different champions from across genres and history against each other. The enigmatic figures known only as “The Watchers” pull these champions to the arena to see who can rise above the Fray.

Combat is determined through rolling battle dice each round with various combat resources (Attack, Defense and Movement). Players can spend those resources to perform a unique ability, or store up to two of those resources in order to be able to perform more powerful abilities in the following round. Supported by item cards to buff your champions or debuff your enemies, Fray’s combat system allows for fast paced, tactical game play. 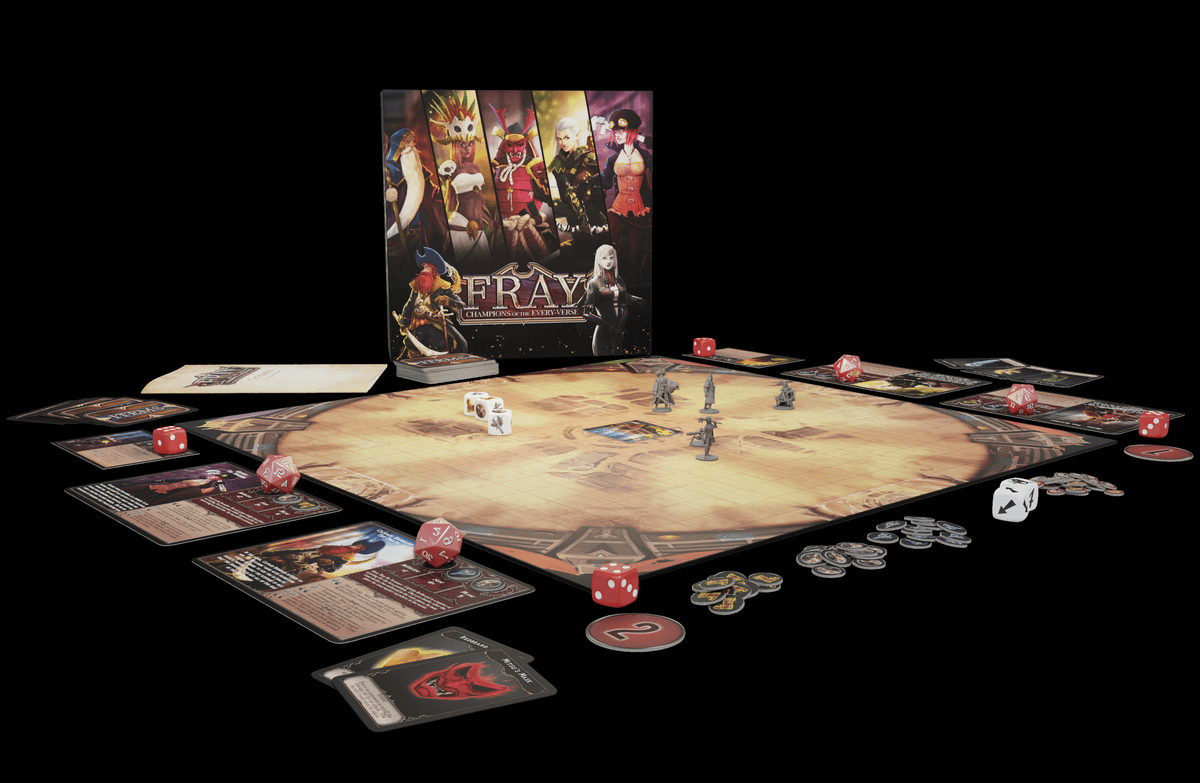 Fray: Champions of the Every-Verse is live