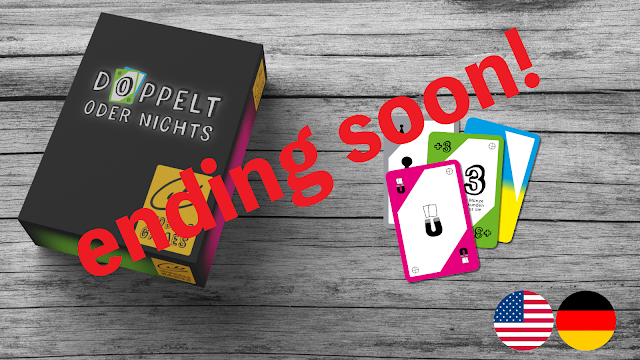 DOPPELT ODER NICHTS
Publisher: wobble games
Designer: wobble games
Number of Players: 4+
Ages: 12+
Find on KICKSTARTER HERE.
Those who are willing to take risks can, sometimes under full physical effort, gain an advantage in this card game. Through interactive, cognitive or coordinative tasks it is possible to prevent the drawing of penalty cards. However, one should then think twice, because whoever fails the task receives double the penalty.
The deal is: “DOPPELT ODER NICHTS” (That’s German for: double or nothing) 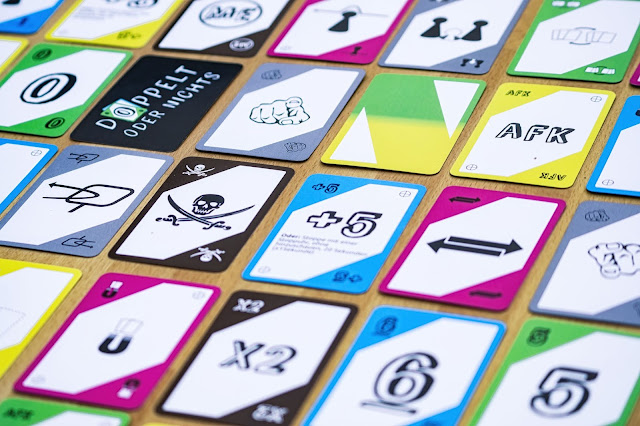