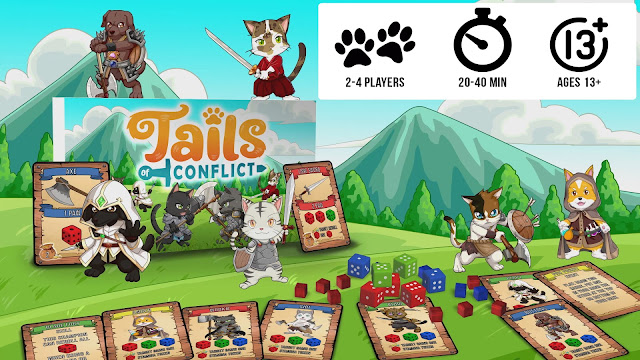 The great battle between cats and dogs rages on in the card game, Tails of Conflict.

You will lead a team of three adorable champions of either cats or dogs (or a mix of both) to battle other teams in this elegantly simple yet fun, competitive card game.

How does it play?

As a deck-builder you start with only a few cards which is mostly gold. You will need to buy cards from the Armoury to help your champions gain victory over your rivals.

Combat is resolved with dice. Each champion starts with 1 dice in attack, defence and speed. Equipment such as weapons and armour add dice, while skills and events add dice or allow rerolls.

A champion is captured and taken out of the game once they have 5 hit tokens on them. Capture all 3 of your opponents champions to win the game!

You can even get your cats and dogs drawn by our artists and included in your copy of the game!

So do you have what it takes to lead your team to victory?

Check out our Kickstarter and pledge your allegiance today! 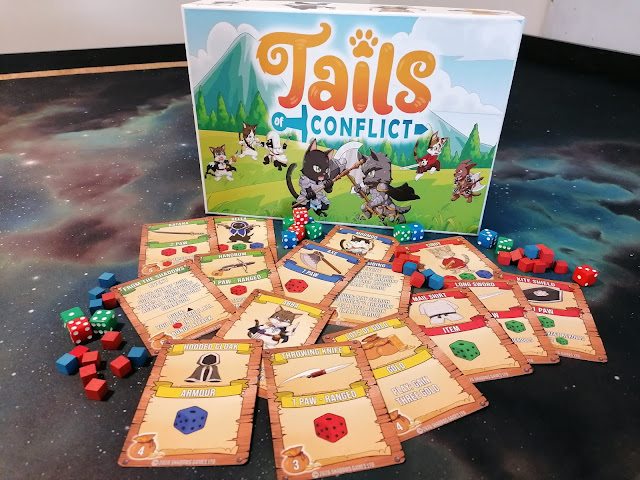