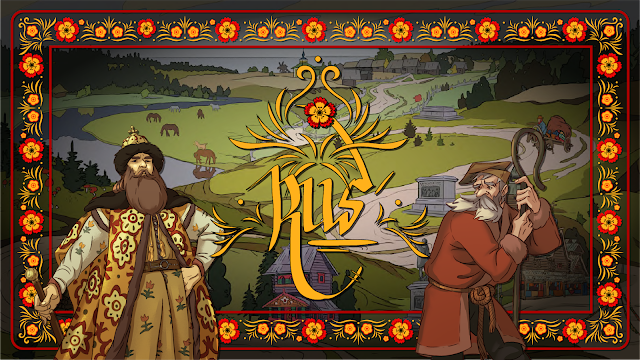 Rus’
Publisher: Hardy House Games
Designer: Tyler Ottesen
Number of Players: 2-4
Ages: 13+
Time: 45-75 Minutes
Find on KICKSTARTER HERE.
Rus’ is a secret identity / estate building tabletop game. It combines these otherwise unrelated game mechanics beautifully into an exciting game of “who’s who” while players strategically build up their property engines and bluff their way to victory using an engaging cast of character abilities. The ultimate goal: To rise from the dust and claim the throne of 17th century Russia! 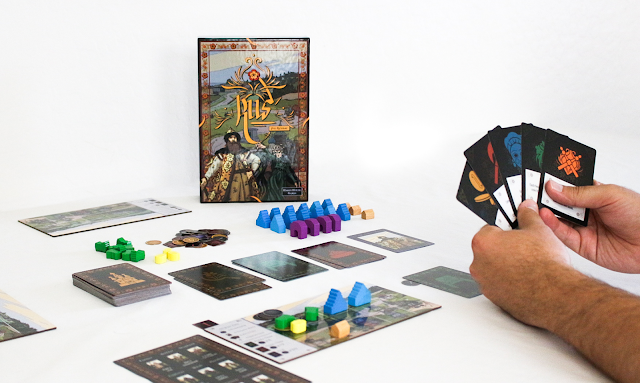 Rus’ is set in Russia’s historic “Time of Troubles.” When Ivan the Terrible died, he left no heir to the throne. A number of different people claimed to be his blood relatives to gain power and one of them actually held the throne for a decent amount of time. Totally random unrelated guy. True story! Rus’ plays off of this interesting piece of history by giving players the ability to “fake their way” to royalty by using character abilities to get ahead. 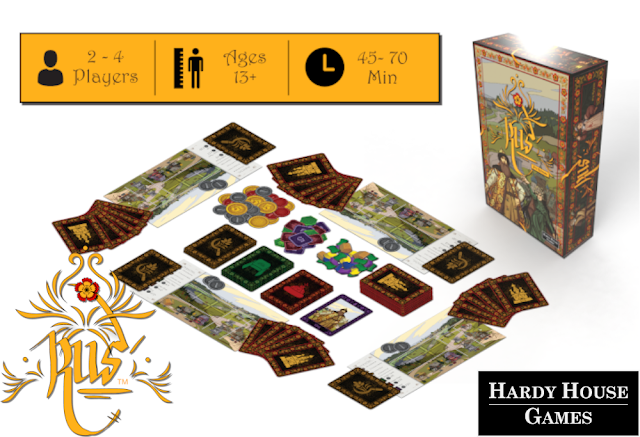 How Play:
You will start the game with an identity from the lower class, 5 actions cards, 1 dacha, and 1 farm. Throughout the game you will be claiming to be whatever character you want, just don’t get caught lying! Buy your way up the classes into royalty!
On your turn you will do these simple phases:
1) Housekeeping. Carry out all building advancements.
2) Character Ability. Claim to be whoever you want. bluffing is encouraged! Choose from 9 different characters in three different classes, all with a unique ability.
3) Action Card. Play 1 of your 5 action cards and replenish it
4) Buy into next class. Each player starts in the lower class among those character abilities. Climb the ranks and race to become the King!
End the game by purchasing the King! Just be careful not to end the game while someone has more points than you, or they’ll steal your victory. Anyone who reaches 10 Royal Points will automatically win the game even if the King was never purchased!
Rus’ will be live on KICKSTARTER until Thu, October 8 2020 7:00 AM MST., and has a funding goal of $18,000.
Find out more at BGG. 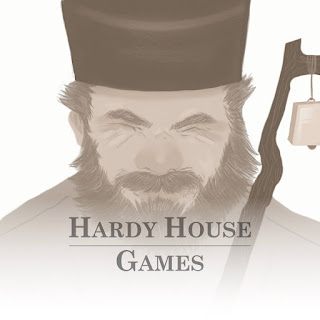