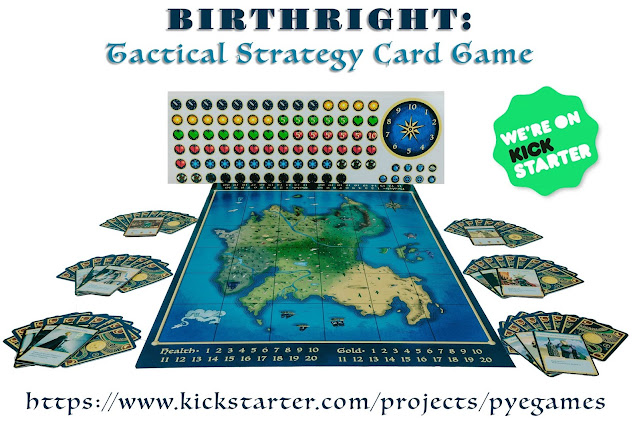 Birthright
Publisher: PYE Games
Designer: Paul Young
Number of Players: 2-4
Ages: 8+
Time: 60-90 Minutes
Find on KICKSTARTER HERE.
Birthright is a tactical card game where units move positions on the battlefield and take advantage of location-based mechanics.  It is often described as Chess with sniper rifles, land mines, and magic-launching mages. Join the Humans in their attempt to hold the throne, battle as the Undead to ruin all, suit up with the Dwarves to crush your enemies, or blow everyone away as the Goblins light their fuses! Each faction has unique abilities that cater to their play style, and each card comes with its own unique stats to give every game a fresh feel. Strategy is key to victory in 1v1, Battle Royal, or King of the Hill game modes. You get all the cards in one box, so from the beginning, you can play any deck you’d like!  Get your copy by supporting our Kickstarter campaign! 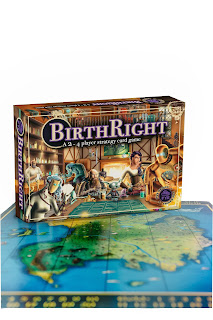