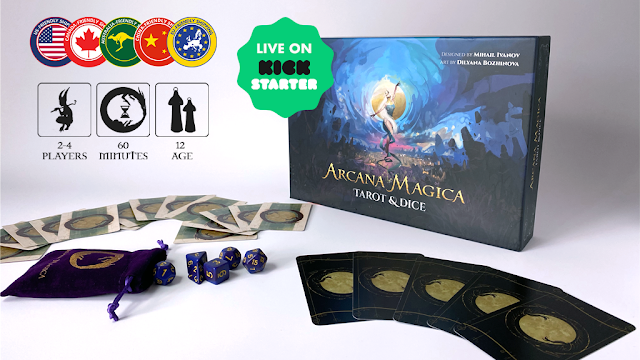 Arcana Magica
Publisher: 89 Visions
Designer: Mihail Ivanov
Number of Players: 2-4
Ages: 12+
Time: 30-90 Minutes
Find on KICKSTARTER HERE.
A fast-paced deckbuilder where you create your army and attack your opponents with it. Activate your Tarot army with a playing cards deck, choosing wisely between reinforcement and attacks. Go through the End of Times and see yourself as a professional 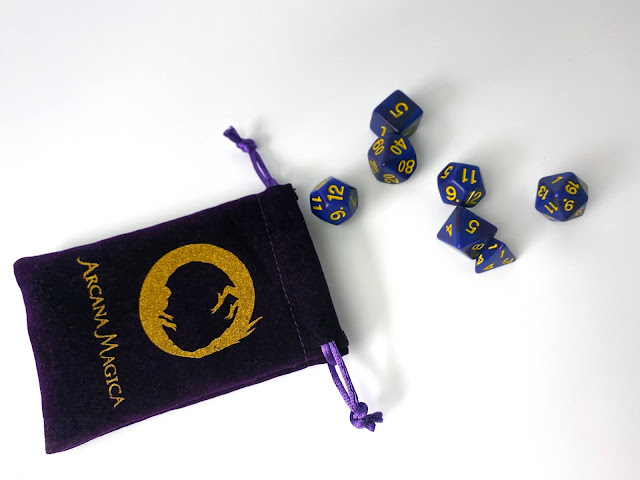 .
A 2-4 players dueling card game using Tarot, Poker deck and dice in a thrilling 60 minutes battle. Back the project now and get deluxe components that would always stay handy at your shelf. Kickstarter live until October 2nd. 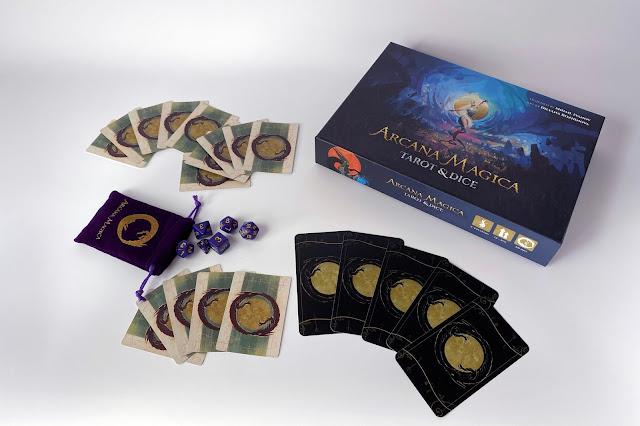