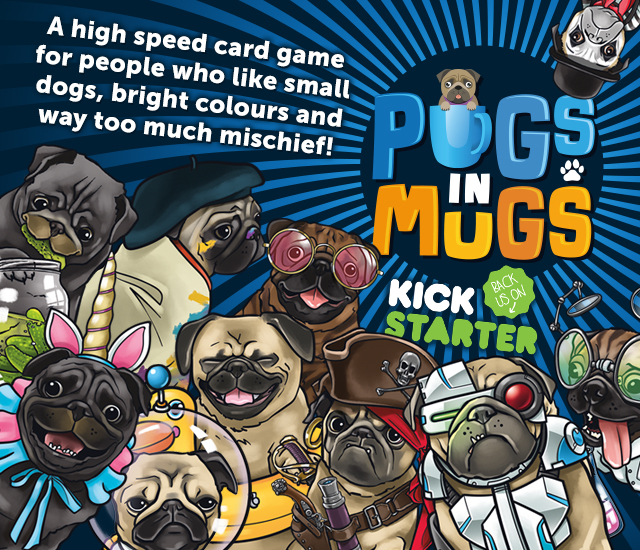 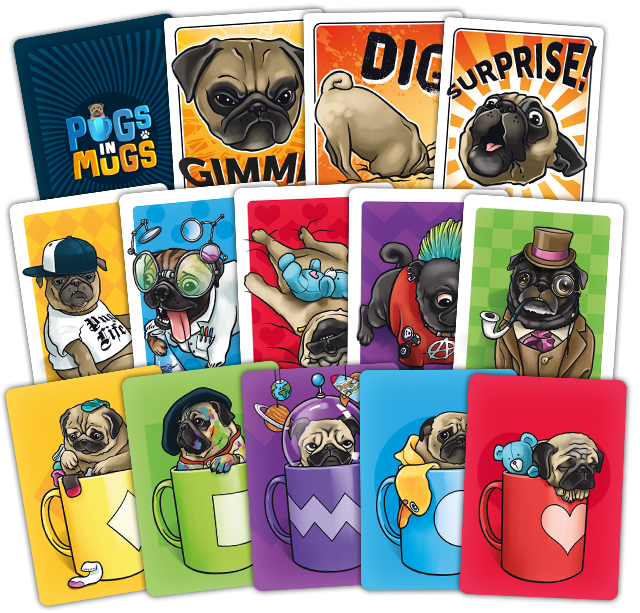 Pugs in Mugs is a light weight, fast paced card game with one clear goal in mind – collecting various different color pugs and putting them into mugs.

It’s no walk in the park thanks to its three different Mischief cards, which let you discard or demand pugs from other players or dig them out of the discard pile, with the occasional dramatic reveal that someone has collected pugs of every color… allowing them to steal an entire mug.

Its ease of play makes it very accessible, the rules are simple and turns are quick, but it’s the artwork that makes the game really stand out. The bright cartoonish artwork is awesome and you can’t help but make favorites quickly! 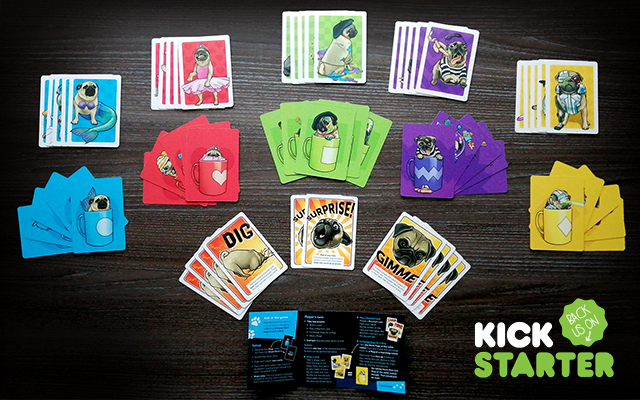 Pugs in Mugs is out on Kickstarter until September 4th and has reached 50% of its £8000 funding in three days, so be sure to to check it out!