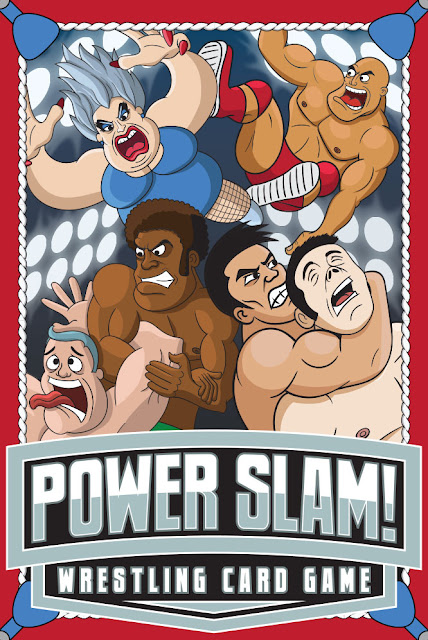 Power Slam!
Wrestling Card Game
Publisher: (Self-Published)
Designer: Ray Cashman & Seizure Kaiser
Number of Players: 2-4
Ages: 7+
Time: 20-30 Minutes
Find on KICKSTARTER HERE.
Welcome to the Ring! POWER SLAM! is a Wrestling Card Game for 2-4 players. Grapple, Throw and Strike your opponents into submission before you Pin with a 1, 2, 3! to eliminate them from the game. Be the last one standing to become the Power Slam Champion!

The game consists of two decks of 196 cards in total. The game is fast paced with players using an array of moves like Fast Strikes, Crippling Grapples, Damaging Throw moves or Powerful Special Moves like The Powerbomb or Chokeslam.
POWER SLAM! features multiple game play modes for high replay-ability. Game modes range from One Fall through to Elimination, Tag Team to All in Rumble and will keep you coming back to POWER SLAM! You can COUNT on it! 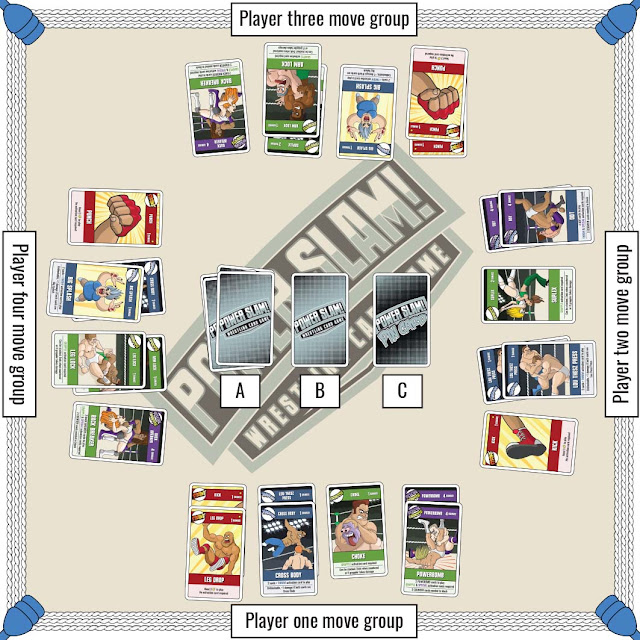 The art is high action and has a vibrant cartoon feel which will appeal to pop culture fans. Each card has a play clue down the bottom which means game play is intuitive and you can just about pick up and play the game immediately.

A game of POWER SLAM! will take between 20-30 minutes to play through and is suitable for ages 7+

Once funded, they will produce the game and get POWER SLAM! out by Christmas 2020.

POWER SLAM! IT’S ALL THE FUN OF REAL WRESTLING WITHOUT ANY OF THE PHYSICAL PAIN 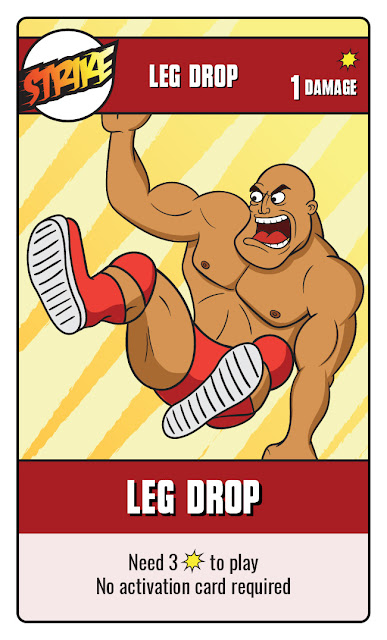