Minigolf Designer
Publisher: Thematic Games
Number of Players: 1-5
Ages: 10+
Time: 60-90 minutes
Minigolf Designer is a competitive tile laying laying puzzle game that puts players in the shoes of mini golf course designers trying to reach client satisfaction while staying within the various constraints of the play area, such as avoiding ponds or placing in specific features that the clients want. Minigolf Designer has two competitive game modes, a family variant and a more competitive play variant, so it’s sure to fit into your groups’ play list. 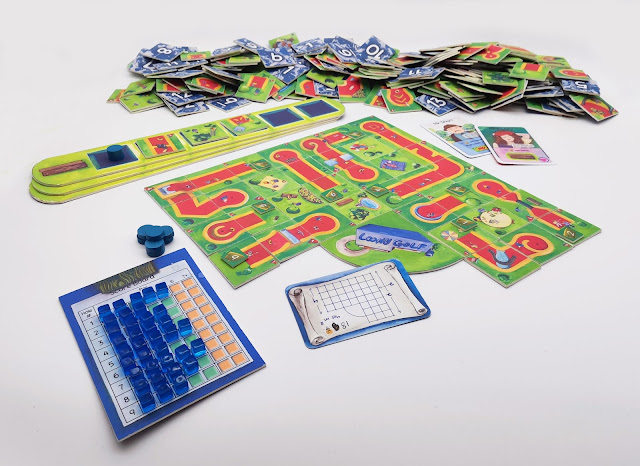 Minigolf Designer feautures an ever changing initiative order based upon how far forward each tile chosen in a turn in- Pick a tile further down the line and you’ll go last in during the next turn. However, if none of the tiles are to your liking, you may pass to go first next turn to secure the best tiles for your mini golf course. Of course, those tiles are placed in order from the least valuable to most valuable based on listed victory points.
With play fast and furious, the game lasts about 20 minutes per player as each player does only one thing on their turn- Pick and tile and place it on your mini gold course. 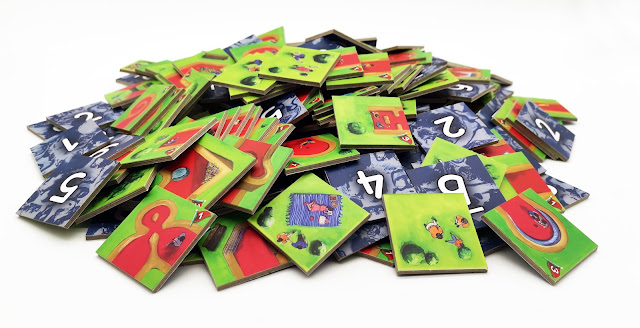 Minigolf Designer is live on KICKSTARTER until June 18th and has currently surpassed its funding goal of $10,321.