Time: 60-120 minutes
Ages: 18+
Hel: The Last Saga is a cooperative fantasy adventure viking board game from Mythic Games. In HEL, players lead a small group of heroes, each with a varied background in skills and abilities, that must work together to survive the cold, hunger, and hostile threats facing them in the wilds of the Scandinavian wilderness. In addition to survival, players must uncover the mysteries surrounding the disappearance of the lost colony founded by King Haakon, who has also disappeared. Will the players be successful and live up to the saga that will be sung by all future and current vikings? 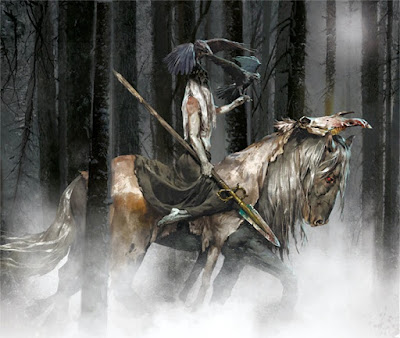 HEL is a narrative campaign game giving players choices over their heroes- shall they make decisions to be lost or damned or will their decisions lead them to be entered in the hall of heroes? Players will face options to explore, encounter and fight monsters, and deal with all sorts of natural conditions.
Do you have what it takes to lead your heroes to victory, or will you be doomed as lost and damned?