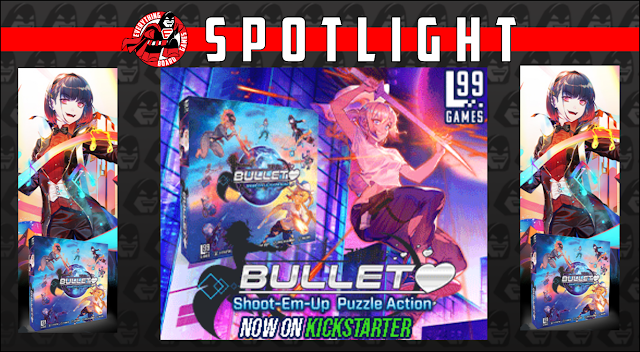 Bullet
Publisher: Level 99 Games
Designer: Joshua Van Laningham
Number of Players: 1-4
Ages: 13+
Time: 10-20 minutes
Find on KICKSTARTER
In Bullet♥︎, players take on the role of heroines in a far-flung future Earth and use their incredible powers to defend the Earth from evil — as well as from one another! Each heroine’s powers manifest in a different form, with players controlling sound, paper, technology, gravity, triangles, and more! 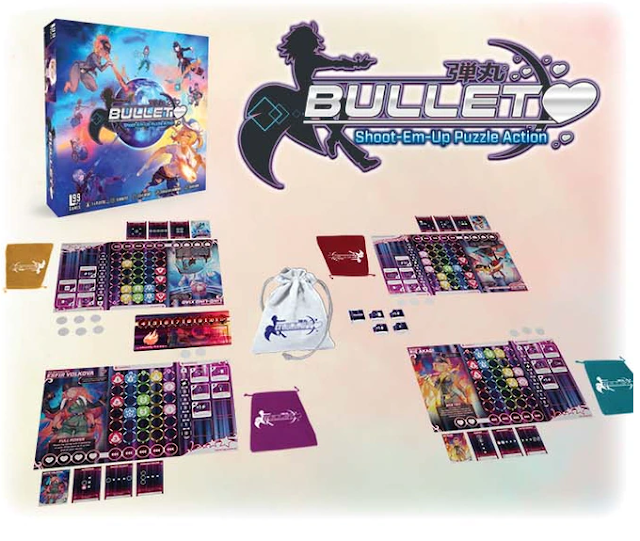 Each heroine wields a different power that changes the game- use those powers to defend the earth! Play in real-time to form patterns, clear your board, and attack. Fight back the bullet curtain coming at you each round and be the last heroine standing to win. 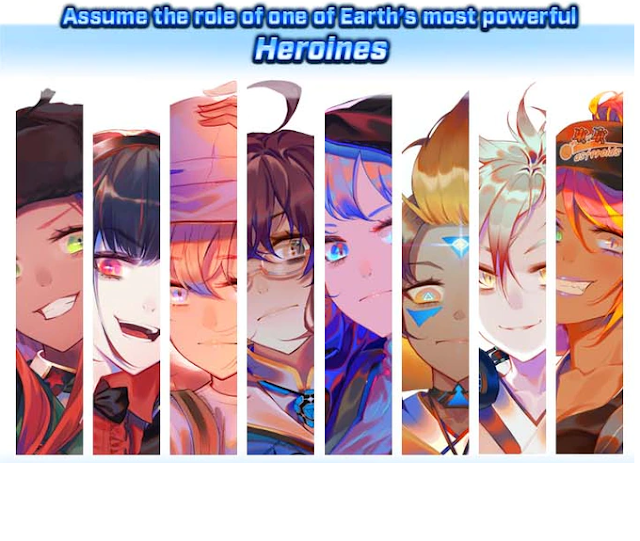