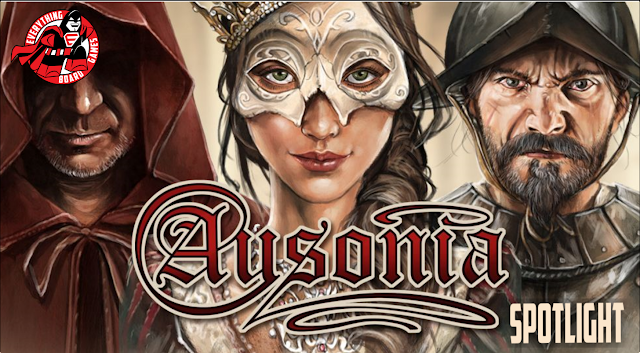 Making yourself ruler of the city-states won’t be easy (it rarely is). In a magical, alternate history of the 17th century, what was once Italy is now known as Ausonia, which is ruled over by powerful houses who emerged strong following the Witch Plague. With the help of supporters and magical gemstones, your goal is to gain enough influence to take your place as leader of Ausonia. 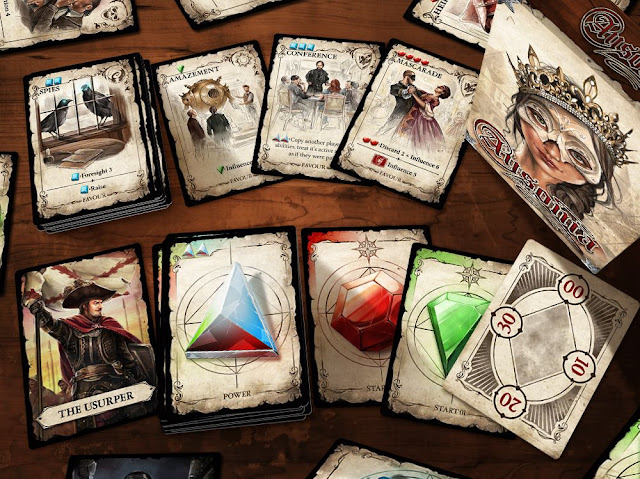 Ausonia is a next-generation deck-building game with a new resource system and a fresh take on the mechanics of the game. This combination will help you manipulate the flow of the game to fit your personal goals. 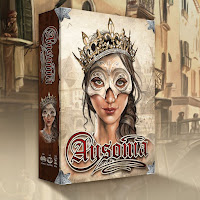 Each player starts with a relatively weak deck, and all starting decks start the same. By purchasing new cards to add to your deck, you are able to create powerful combos that will boost your influence immensely. The resources you collect will go toward paying for new cards, as well as for activating cards already in your deck. In this way, your resources always remain valuable. The first player to earn 60 influence points is the winner!

With a number of fresh ideas and mechanics, Ausonia will keep flowing game after game. Raise your weaker cards to become more useful, use your resources for powerful combos and a strong endgame, and don’t worry about your opponents blocking you from activating combos, because in Ausonia, they can’t!

Ausonia is a game of fantastical alternate history for 1-4 players and takes 20-40 minutes to play. In a world where influence is everything, will you have what it takes to rule over the city-states? Your fate is yours to decide in Ausonia!

Ausonia is live on KICKSTARTER for less than 48 hours and has surpassed its funding goal of $12,608.