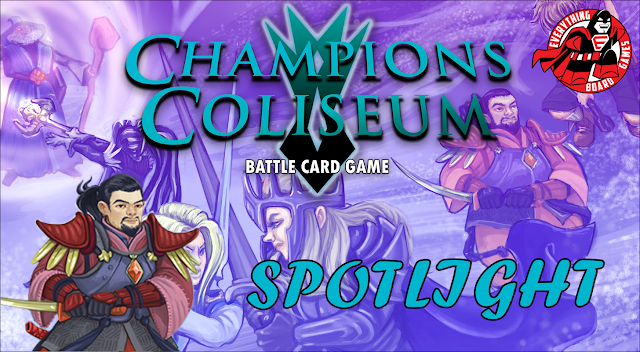 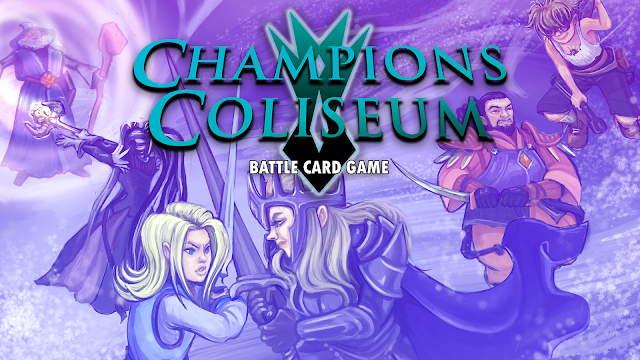 It’s never pleasant to wake up after sleeping for 1,000 years to find the world quite literally broken. When the great wizard, Magnus, awoke from his slumber, he found the world’s single continent broken into four separate land masses. Determined to find some heroes to bring the world back together, he set out toward the ice continent now known as Frirna. Unfortunately, it was there Magnus discovered the Corruption, an invisible force that had turned the world’s greatest heroes against each other.

In Champions Colosseum, players duke it out in a last-party-standing combat game. Each player selects a party of characters to fight with, and the game ends when only one party of fighters remains. With 24 characters, 20 unique items, and 15 events, Champions Colosseum is a game with nearly limitless combinations.

Characters are associated with different elements, of which there are six. Opposite elemental types deal double damage to each other. For example, Fire is strong against Ice, so Fire deals double damage when attacking Ice. However, Ice is also effective against Fire, and likewise deals double the damage when attacking Fire. Character placement also plays a role in the strategy, as characters in the back row cannot be targeted until the character in front of it is eliminated. 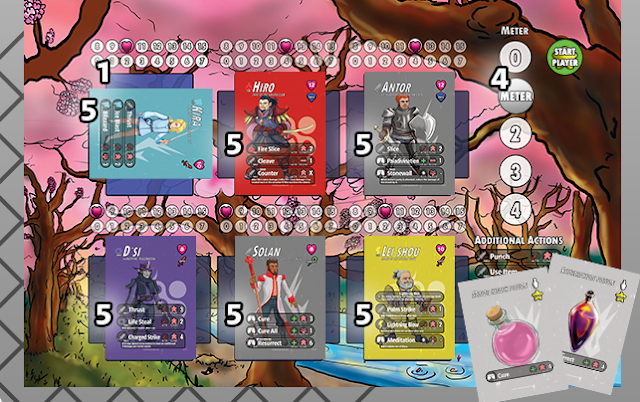 Each round, players refresh their still-living heroes, draw and resolve the next event card, and gain items and a meter token (for ultimate moves!). Then, players take turns taking actions with their characters until no more actions can be taken. The event card is then discarded, and a new round begins.

Champions Colosseum is a competitive battle card game for 2-4 players. With a host of unique abilities, each game can be vastly different from the next. Fight for survival and perhaps you will be able to mend the world to be as it once was. Or, perhaps the Corruption has too great a hold on you, and battling is all that matters. Either way, Champions Colosseum is a fight you won’t want to miss!