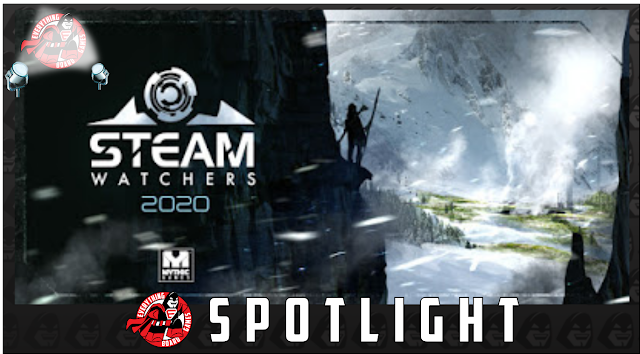 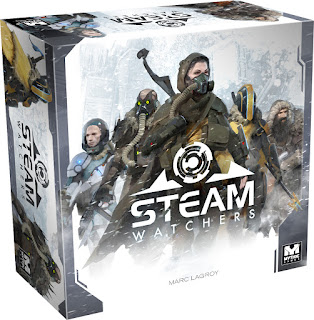 Another ice age has frozen everything. The seas no longer churn with waves and the land is covered in ice. Survival in Europa is a daily struggle, and not just because of the frozen tundra the land has become. A new blight, known as the Bane, sickens the world, affecting both body and mind. The only reprieve from the icy cold and incurable sickness are the mysterious clouds of steam that blast their way through the surface. These columns of steam are vital for survival, as they provide a place to grow food and produce fuel, even if it is only temporary. 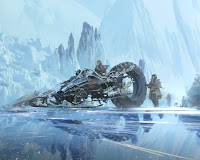 As the leader of one of the nomadic Clans, it’s up to you to both manage your geothermal resources and protect your people. Rival Clans will no doubt want your resources, so holding them back is key. Of course, controlling more geothermal farms and steam columns means more food production, but it also increases effects from the Bane, leaving your army more vulnerable to attack. You will do what you must, however, because that is the only way to survive.

Steamwatchers is a post-eco-apocalyptic game of survival and might for 2-5 players. Over the course of 3-6 rounds, players will fight for control of farms and geothermic resources. At the start of every round, players will claim one of four titles from the Conclave, giving their Clan a unique ability for that round. Then new steam columns are discovered, and you must decide if you will claim more resources, force another Clan of theirs, or leave well enough alone.

With simultaneous action selection, orders are hidden until all players are ready, and then they are revealed. Move your units, manage your resources, place turrets, and conduct more actions in an attempt to gain the upper hand. Fight battles, manage the Bane as it affects your Clan, and use your Clan’s asymmetrical abilities to strategize your way to victory. 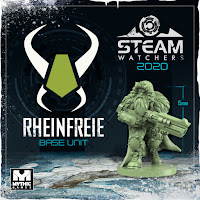 With six Clans and six deployment areas to choose from at setup, plus a dozen of scenario cards that change setup and the focus of each game (e.g. combat focus, management focus, etc.), each game experience will prove a different challenge.

At the end of the final round, the player with the most geothermal resources (steam columns and farms) wins the game. However, a player can claim victory before the scenario ends by claiming 10 geothermic resources.

The desolate Europa is not for the faint of heart. Victory must come at the expense of others; that is the way of survival. Will you be your Clan’s savior and claim the needed resources, or will a rival Clan do the work you couldn’t? Your Clan’s fate lies with your choices in Mythic Games’ Steamwatchers.

Steamwatchers is live on KICKSTARTER from now until March 13, 2020 and has surpassed its funding goal of $80,000. 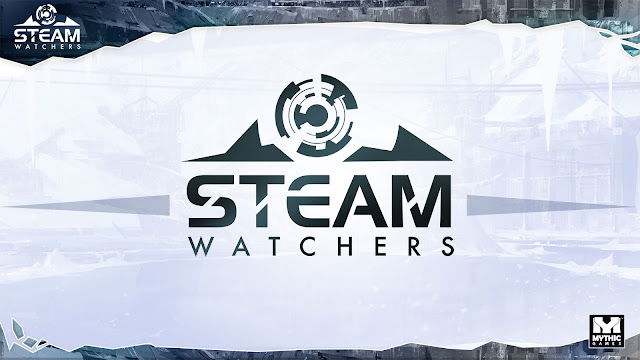