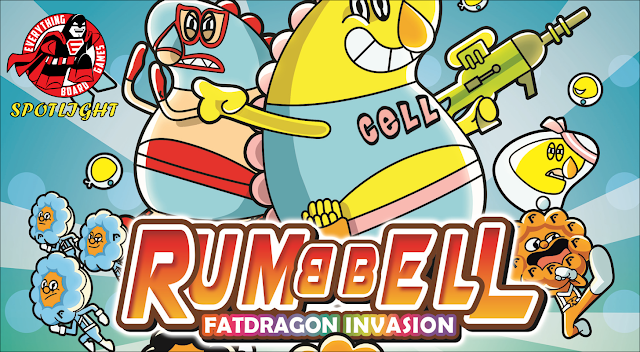 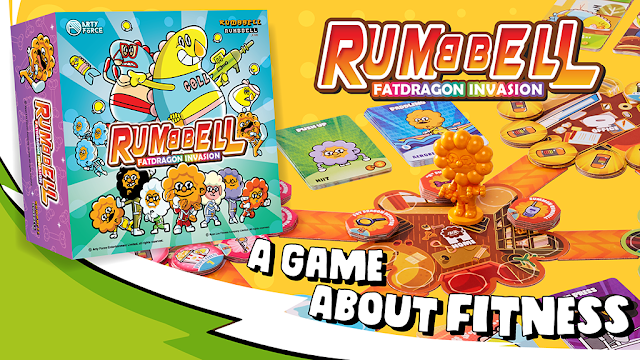 The Fat Dragons have invaded Earth, and they’ve brought with them a weapon that will surely be the end of humanity as we know it.

Rumbbell: Fat Dragon Invasion is a cooperative deck building game for 2-4 players. Throughout the game, players will add exercise cards to their decks in order to defeat food attacks and the Fat Dragons. But watch out! The Fat Dragons can cumber up your deck with their tactics and other events, making it more difficult to draw what you need. 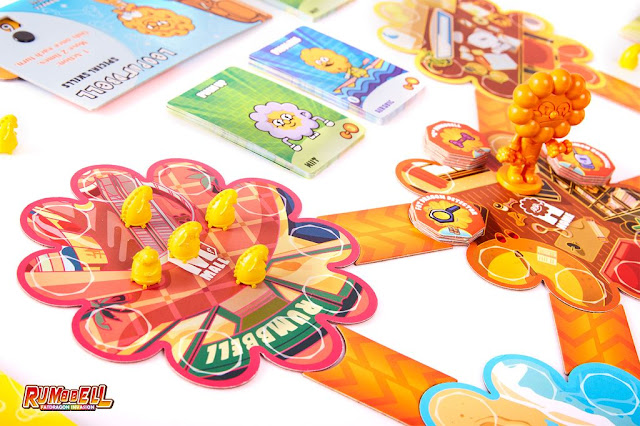 All players lose together if any three locations have fallen—or have not been defended properly by the Rumbbell Rangers. The game ends with the players victorious, however, if they make it through all the rounds without losing three locations to the Fat Dragons.

Aside from the main mode of play, there is also a physical variant in which players play cards from their hand to form a tableau in front of them. Each card affects the tableau in various ways—including opponents’ tableaus. Once this speedy variant ends, the player(s) with the tableau(s) with the most points (based on cards in the tableau) must physically perform those exercises. So after (or before) your cooperative game of Rumbbell, why not play a quick game to get the blood moving? 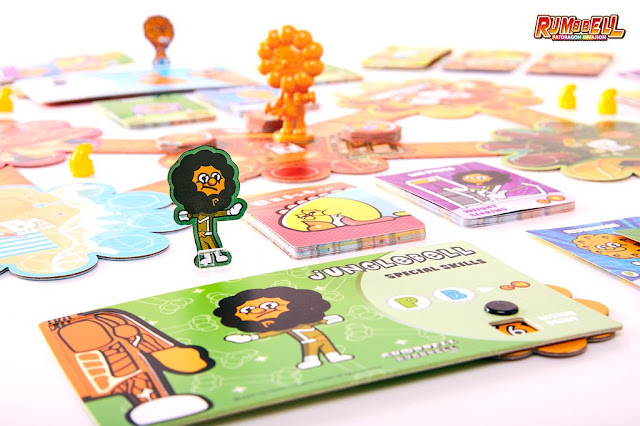 Whether you’re looking to move your body, learn more about exercising, or play a unique deckbuilder with solid mechanics and strategy, Rubbell has what you’re looking for. Put on your running shoes, grab a sweat band, and get ready to Rumbbell!