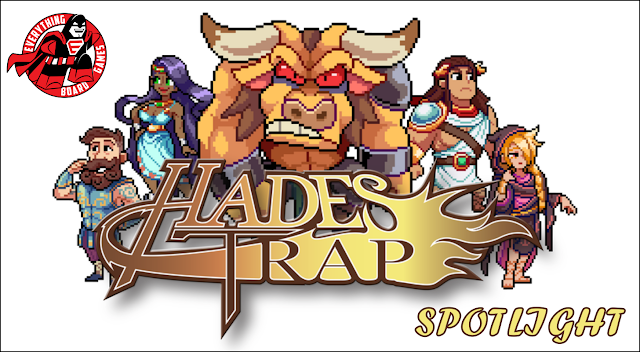 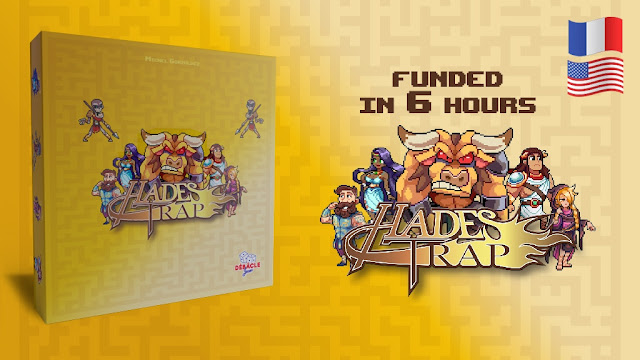 Hades, that old devil, is up to no good. After millennia of schemes and plots, he has finally defeated the gods. Now, as he moves to send all humans to his realm, he is seemingly unstoppable. Only the only inventor, Daedalus, and some mortal heroes dare resist. But, cooperation is not an option. Share the glory of saving mankind? Psh! Yeah, right!

Hades Trap is a game of outsmarting your opponents while navigating Hades’s maze. Battle other players, explore the modular board, and be the first to collect enough holy medallions to win the game. 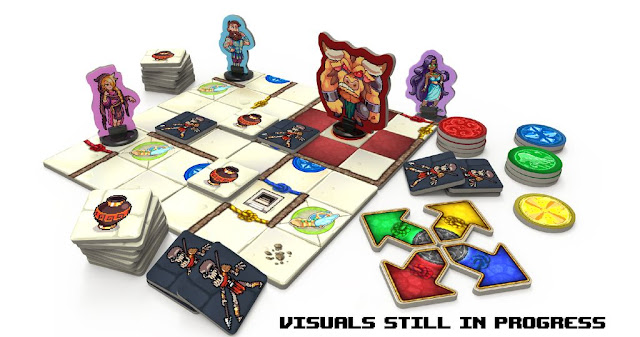 Throughout the game, players use Action Points to move through the maze, flip tiles, push other players, use items, and more. Stepping on Ariadne’s threads (red, yellow, green, and blue) will trigger the minotaur’s movement after the active player’s turn, depending on which color(s) the player stepped on during their turn. The minotaur curses any players on the new tile it moves to, making them lose valuable Action Points on their next turns.

Aside from the main gameplay, an optional add-on is available that provides at least nine missions. These missions add a soft legacy element to the game. Whether you want to battle your friends or dive deeper into the story, Hades Trap has what you’re looking for.

With Hades in control, all will be lost if you don’t escape the maze with the holy medallions. Will you be the one that saves mankind, or will someone else beat you to the punch? Your actions determine your fate in Hades Trap! 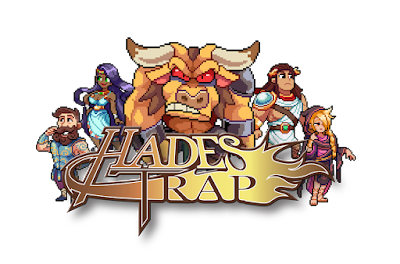