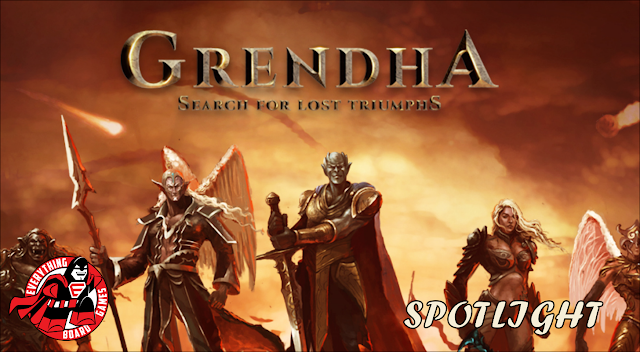 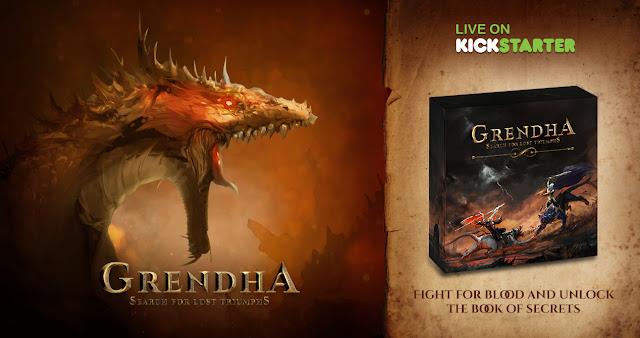 The secret of creation were once locked inside an ancient tome, but these secrets drove a once benevolent god mad. In his madness, he turned on his own people. The tome could not be destroyed, but its pages could be hidden. Across time and space, the secrets on these pages have been scattered, lost to all until the time one again was right for the secrets to be restored. The end of an ancient battle is at hand. Peace is once again a possibility. 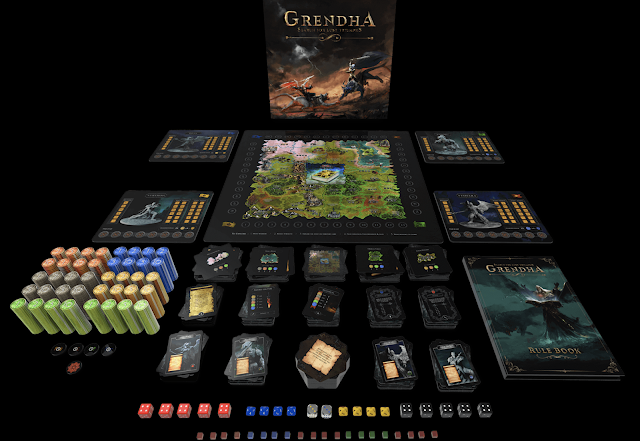 On the other hand, the coming end could be the beginning of another cycle of war.

Grendha is a strategic war game for 2-4 players. Complete with detailed miniatures, cards, tokens, and dice, you and up to three others will search for the map, collect its lost pages, and unlock the mysteries of creation. Lead a hero, command armies, and explore the world in search of clues, items, and more. Play either competitively with two players, or cooperatively on competing teams of two players each players.

Actions allow players to move, explore, encounter, battle, move through time, and more. The game ends when one player (or alliance) has either collected all the pages of the lost tome, or their competition has been eliminated.

When you find the tome, will you finally destroy it, or will you unlock its secrets for your own gain? The choice is yours to make through strategic battle, exploration, and discovery. May your decision be the right one.