Now that 2019 is fully behind us, we decided take a moment before fully diving into 2020 and look at the games from 2019 that stood out.

Without further ado, here are the Everything Board Games Best of 2019 winners:

In the third installment of the Azul series, Azul: Summer Pavilion has players doing exactly what the name would suggest–building a summer pavilion. Much like its predecessors, it combines strategy with beautiful components to leave players with a mini work of art at the game’s conclusion. It is currently tied with the original Azul for highest rated for the series on BGG.

I sided with the EBG community and went with Tiny Towns. This title is so easy to teach and can play as many players as you have boards/components. But while it is easy to teach and can support high player counts, the game itself presents a unique challenge every play. It’s a great little (or Tiny, if you will) abstract game that requires decisions much bigger than the name may suggest.

Taking the crown with both the reviews and community, Paladins of the West Kingdom, the latest installment in Shem Phillips’ West Kingdom trilogy is a euro-inspired worker placement and possibly the heaviest of the the North Sea/West Kingdom games. Personally, I love Paladins. There are so many possible decisions and routes throughout the game. It’s my favorite of the West Kingdom group and was an easy Top 5 selection in my personal 2019 list.

Rurik: Dawn of Kiev is another euro-inspired game that has players vying for the thrown after the death of Vladimir the Great. Check out Benjamin’s EBG review for more on this game.

Another win for Shem Phillips. Noctiluca is lightly themed abstract strategy game for 1-4 players. Players draft dice (noctiluca) from the board by number, and place by color to perform deliveries. The solo-mode is killer.

I think that the three-way tie for Best Dexterity game is more reflective of the group not playing too many dexterity games. I have heard good things about Men at Work and MegaCity: Oceania has been highly recommended, but the only one that I had played at the time of voting was Throw Throw Burrito and it is a game.

The community agreed with Men at Work. In Men at Work, players are construction workers building a towers while avoiding accidents. This family game for 2-5 players requires balance and a steady hand.

The biggest winner in any category was Cartographers. I think this is a fantastic game. Not only is this a great roll-and-write, but even compared to games in other genres it holds up. In Cartographers, players are creating a map by meeting the conditions on available cards revealed throughout the round. However, your opponents can thwart your plans as they are the ones that get to draw the monsters on your map. One of the coolest things about this game is that when it is over, you have a tangible work that you created and can put on your fridge. See Benjamin’s review on Everything Board Games for more information.

It was a big year for Spiel des Jahres winner Just One. I was skeptical when I first saw it, but I was converted after “just one” play. It has been a great game to take to family events–in fact, my family enjoyed it so much they requested to play it at every family get-together. This made holiday shopping much easier. In Just One, players are trying to guess as many of the mystery words as possible by providing one-word clues. However, duplicate clues are canceled, so there is a balance between providing a clue that is obscure enough that your teammates won’t copy it, but not so obscure that the guesser can’t figure out the mystery word.

In Horrified, players are trying to work together to remove monsters from the board. Each monster requires different strategies for removal, so players must work together. The production and miniatures for this title are really impressive. It also includes solo play.

I haven’t played either of these titles, so I’ll just post Benjamin’s opening line of his final thoughts in his review of Proving Grounds: “Love. Love love love!“ See his full review here.

Tainted Grail is a highly thematic campaign game that has players developing their characters for encounters. My initial impression of this title is that the production quality was top notch. The art, miniatures, components, etc. all look amazing.

In a year that had a lot of good miniature games, this one wasn’t close with the community with the latest Lord of the Rings title handily beating all of its competition. Another highly thematic campaign game, The Lord of the Rings: Journeys in Middle-Earth currently boasts a rating of 8.1 on BGG, so it is more than the its components.

My choice was Mysthea, and you can read my thoughts on it and the follow-up Icaion on Everything Board Games.

What can be said about Wingspan that hasn’t already been said? Great game, great art, unique theme, high production quality, inviting to those new to the hobby, high replayability, and educational. It is deserving of all the accolades it has received.

To borrow from Benjamin, I “[l]ove. Love, love, love” Outer Rim. And while I think that the theme may help with its popularity, I believe that the gameplay transcends the theme in many ways, and at it’s core is a very good pick-up-and-deliver style game. If you like Star Wars, or if you like pick-up-and-deliver, do yourself a favor and check this one out. It was another Top 5 overall for me.

I do not have any experience with 51st State or expansions, but the staff is a knowledgeable bunch and if they say it’s good then it probably is. It seems that the expansion readjusts some balance in the game, so if you like 51st State and are considering expansions, this is apparently a good one.

Wingspan was again the popular choice among the community, and it’s hard to vote against it. It introduces new birds with new powers, and also purple eggs for those of you that really like purple. Same great artwork, presentation, and replayability.

I feel obliged to mention my pick, The Quacks of Quedlinburg: The Herb Witches. It did so much more than just add more stuff–it completely changes the way the game is played. On top of that, it made room for a fifth player.

Ok, I haven’t been too vocal about the ones I disagree with, and while I agree that Tainted Grail looks great, there is only one right answer here and it is PARKS. The art work from Fifty-Nine Parks are literally mini works of art. Keymaster consistently puts out the best looking games year in and year out and PARKS sets the bar really high.

While I voted for Star Wars, it was based much more on gameplay that the IP. So, I can’t disagree with the community’s pick of Marvel Champions. I am a sucker for anything Marvel and I really like that the art is more reminiscent of the comic book versions of characters rather than the Disney MCU versions.

I have been a fan of Henry Audobon since Space Park (see Keymaster love-fest under Best Art Work) so I was excited to get a look at Kingswood from 25th Century Games. I was not disappointed. The only disappointing thing was that Nicholas got to review it for Everything Board Games instead of me. If you like Space Park, but would maybe prefer a more fantasy-theme, look for Kingswood delivering in 2020.

The other staff selection was Company of Heroes. Check out Dane’s thoughts on this game here.

With all the big Kickstarters to drop in 2019, I was surprised to see that the community’s vote was for a revamped version of an existing game. With the second highest being an expansion (Raccoon Tycoon: The Fat Cat).

The community’s pick for Best Overall Game was the most surprising of the bunch to me. I really like Tapestry, but it seemed that most of the talk was more grumbling about whether it was truly a “civ-builder” or not. I guess the grumbling crowd split their votes between the other 26 vote getters, because Tapestry secured nearly 25% of the overall vote. This Stonemaier title was another Top 5 for me. Like their other titles, the production quality is second to none. It provides many paths to victory and the variable player powers keep it interesting with each subsequent play.

That being said, my vote was for Carpe Diem. I don’t think you can go wrong with Stefan Feld and if it had been any other non-Wingspan year, he would have brought home a Spiel.

One of the things I like best about year-end lists (aside from recognizing the winners) is debating the selections. If you feel like the EBG staff or community missed the mark, we’d love to know. Let your vote be heard on the Everything Board Games group on Facebook, or on twitter at @ETBoardgames. 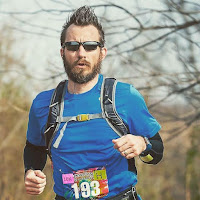 Nick is a compliance consultant by day, a board gamer at night, and a husband and father always. When he is not bringing a game to the table, he is running (most often to or from his kids) or watching the New York Yankees. Nick lives in Oklahoma. You can follow what Nick is playing on Twitter at @ndshipley.