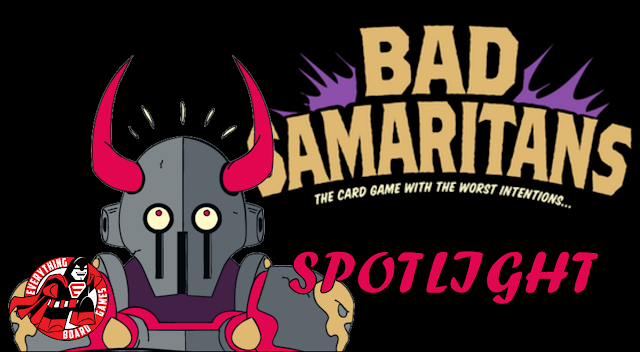 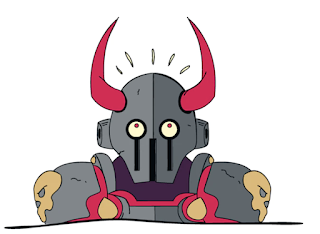 There are four types of cards: characters, scenarios, powers, and spells. To play, each player first draws a character from the character deck. Your character will stay in front of you, its ability always active…until you die. Then you get a new character!
Everyone adds seven powers and spells to their hand. Then, starting with the stupidest player (we won’t name names…), play for victory points by defeating scenarios. Scenarios have a power level and a power type. Using up to two powers at a time, your power must be greater than that of the scenario. If so, you can defeat it. However, spells can be played by opponents to hinder you and weaken your powers. Of course, what good are spells if they can’t help you as well? Cast for either good or ill effects, spells make your powers stronger, or make the game more difficult for your opponents.

Should you decide to play a scenario and are unable to beat its power level—or the power level of the person before you—you die! When your character dies, you lose all your cards, but keep all victory points already won. Draw a new character and new powers and spells, and you’re back on your way to making the lives of others miserable.

When duty calls, the worst of the worst respond to save the day! So what’ll it be? Beat back an alien invasion, defend against an overflowing toilet, or perhaps deal with some other horrific scenario? With comic-style art, Bad Samaritan is the card game with the worst intentions!