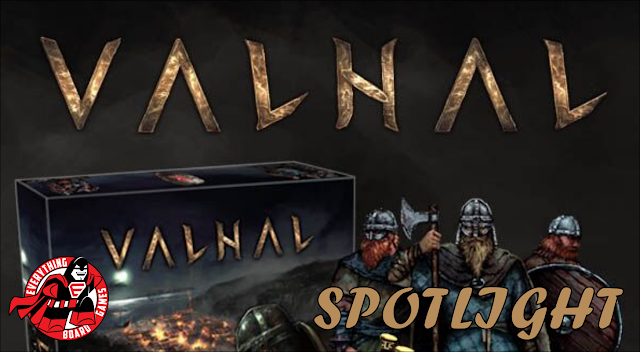 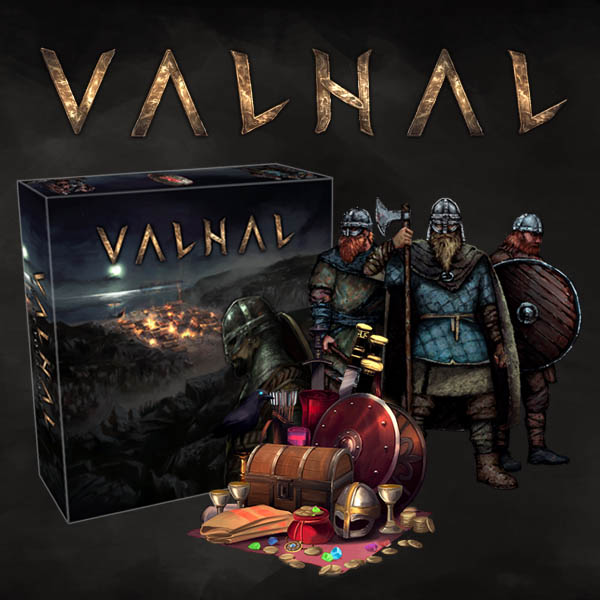 Fjörnheim…an island where jarls compete to gain the favor of the gods so that they alone can pass through the golden gates of Valhal.

In Valhal, you take the mantle of a settlement’s jarl and lead your people to victory! Historically accurate (ex. no horned helmets), Valhal takes players through the various seasons, which played a massive part in the lives of the Vikings of old. Each season has a unique feel and will affect what you do for that turn.

But merely existing isn’t enough. Construct buildings using an innovative building mechanic in which the passing of the seasons affects your progress. Gain most of your income through raids, with battles decided by both parties involved rolling a D3 and comparing the results with the base states of both units and towns. Dive deep into the lore and history of the vikings with through event cards, which create a unique and immersive experience. Each of the 145 cards containing stories depicting the everyday life of a Viking, so you can feel what they felt and experience what they went through. 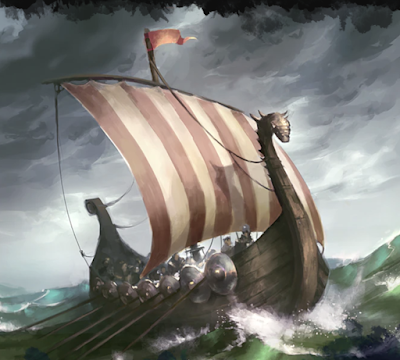 While you are ultimately in charge of what happens in your settlement, keep in mind that events, your opponents, and even the will of the gods will interfere with your plans, so having a reactive strategy is vital to your success. A game for 2-4 players, Valhal will challenge youth become the strongest jarl on the island. 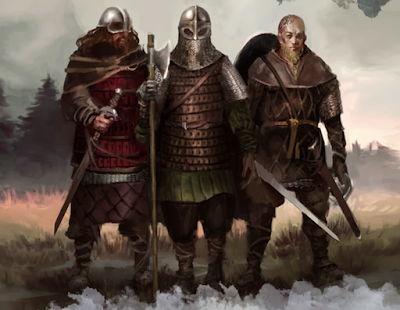 This second printing is now on Kickstarter, and features high quality dice and plastic coins, a revised rule book and cards, bigger markers and a new battle tableau to replace the old battle cards and small markers. Back today to get 20% off the expected MSRP and all Kickstarter exclusive content that won’t be available in retail!

Valhal: Enter the Golden Gates is live on KICKSTARTER from now until October 10, 2019 and has surpassed its funding goal of $13,267.