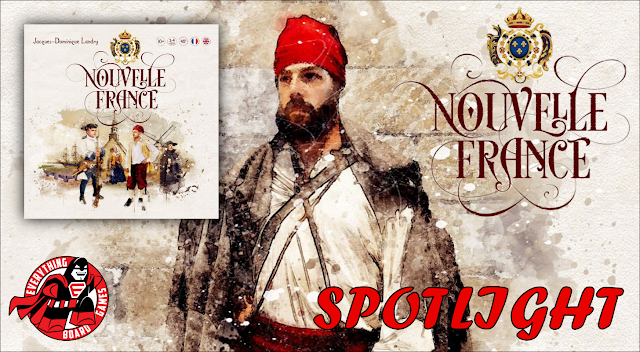 The beginning of the 17th century saw hundreds of brave colonists making a new life in North America along the St. Lawrence River in Nouvelle-France. The people work fast and hard to construct the necessary buildings before the onset of winter. In a new land where summers are short and winters are long and brutal, construction goes on until snow comes and covers the construction sites, grinding the work to a halt. 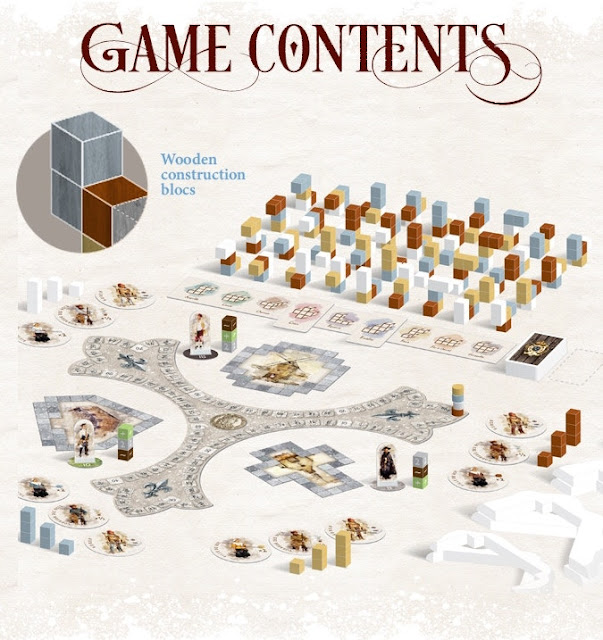 As a player, you take on the role of an Intendant of the Colony, having your overseers double their efforts yet again, and find success over your fellow overseers. To do this, players add construction blocks to one of three construction sites. Each shape contains various colors—corresponding to each player—and points are gained for each cube of your color that is now linked to the newly placed block. But the weather can change in an instant. When a snowflake card is drawn, snowdrifts are added to the construction sites and points are calculated based on the level in play.

There’s a lot to do before the snows come, and it’s up to you to see that life in Nouvelle-France is protected from the elements once winter comes again. Will you emerge victorious as the Royal Engineer? Or will the harsh conditions of the land be too much for you? The path is yours in Nouvelle-France!