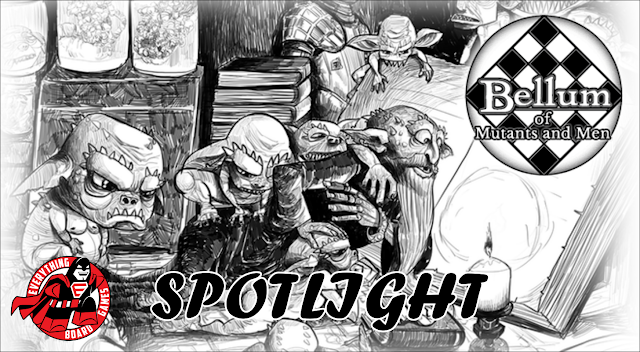 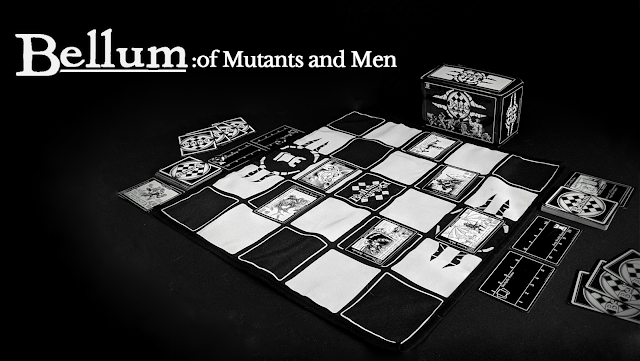 Put your skills as a tactician to the test as command the factions known as the Sapiens or the Gobalos. Or—if you’re brave enough—both. 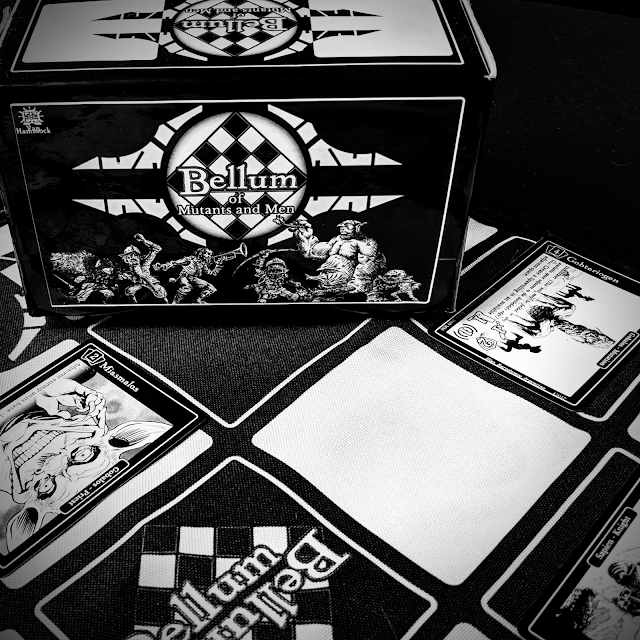 The game comes with enough cards to build eight decks, with each deck containing 30 cards. Players must build a 30-card deck before playing by using the available cards, being carful not to have more than two of the same card in the deck.

Each turn, players activate card abilities, draw a card, and calculate Stockpile, the game’s resource. Then, by spending Stockpile, players may play and activate units, as well as play stratagems. When you can no longer performa an action, your turn ends. Finally, activate any end-of-turn abilities and clean up the board. 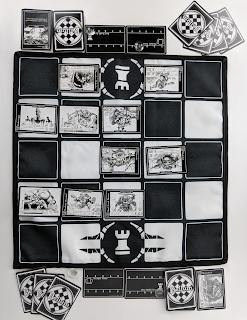 Players must maneuver their units across the 5×5 field of battle to reach and damage their opponent’s Keep. Gameplay alternates between players until one player reduces their opponent’s Keep health value to zero. Once a Keep’s health reaches zero, that player loses, and the game is over.

Bellum: Of Mutants and Men contains layers of depth, including movement and positioning—as well as creating synergy between cards—which provides numerous possible strategies. The board is made of canvas, making the game easy to take with you anywhere. And don’t worry about getting the canvas dirty—it’s machine washable!

Choose your faction, build your deck, and put your tactical skills to the test as you fight for survival as the Sapiens, or conquer new territories with the ever-expanding Gobalos. Battle it out and see if you’re worthy to be called a master tactician. 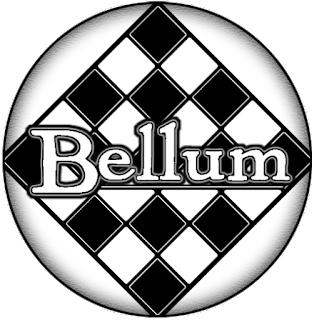