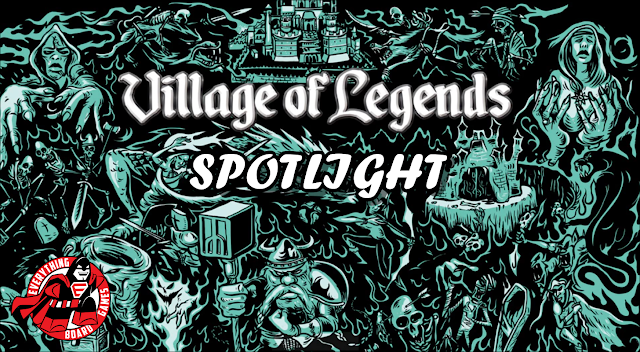 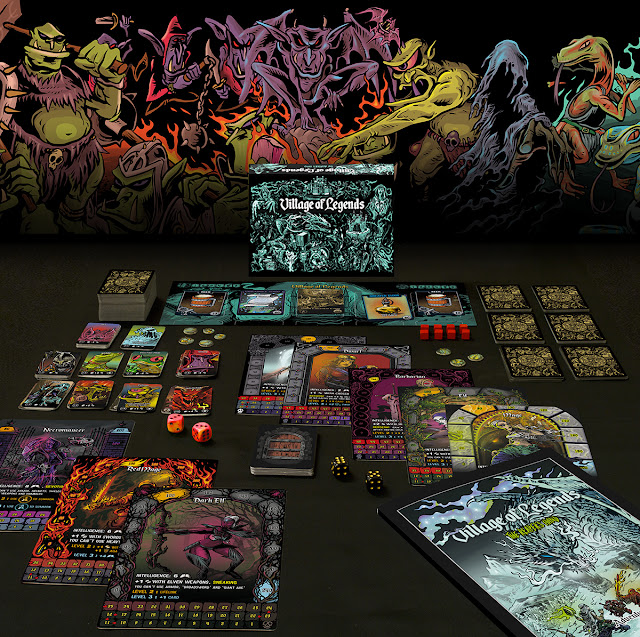 Village of Legends, designed by Lorenzo Lupi, is a fantasy-themed deck-building game that takes place in a fantasy RPG setting. As the players buy cards from the Market, their Heroes become more powerful. They can likewise level up and unlock powerful abilities by defeating monsters. 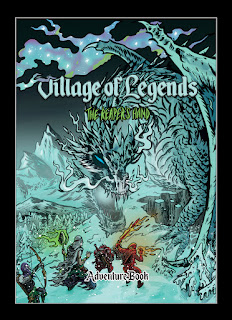 Traditionally, Village of Legends is a competitive, player-versus-player game where players must defeat their opponents to win. With Village of Legends: The Reaper’s Hand (now on Kickstarter!), players can team up in a cooperative adventure. And, while adventuring alone can be quite dangerous, solo play is an option with The Reaper’s Hand. This new adventure book transforms Village of Legends into a tabletop role playing game. Make choices to lead your hero down numerous paths, facing challenges that test the hero type, their previous choices, and, of course, a little bit of luck by the roll of the dice.
Or, should your new RPG adventure group start fraying at the edges, perhaps it’s time to return to the classic feel of Village of Legends. Aside from cooperative play, The Reaper’s Hand also pits players against each other until one player or team is left standing. There’s a time and place for working together, but when that starts to wear thing, there’s no harm in a little competition.

Village of Legends is live on KICKSTARTER from now until June 11, 2019 and has surpassed its funding goal of $5,581.