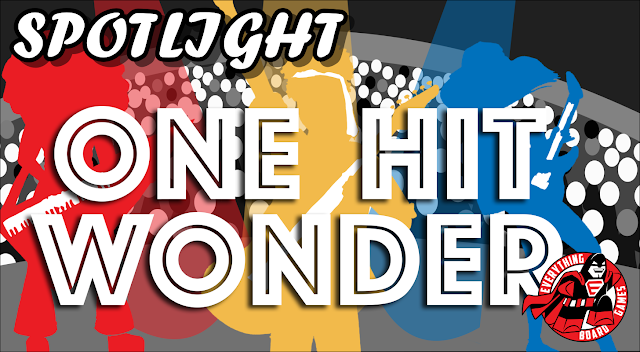 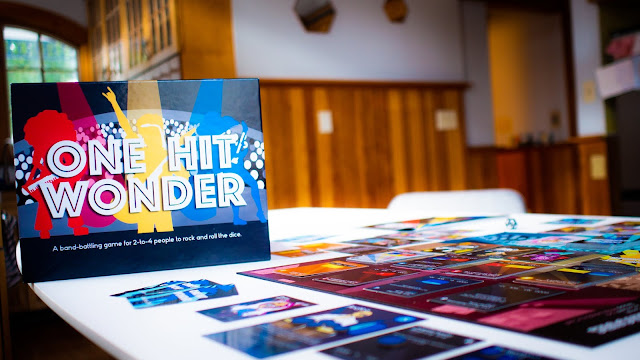 From your time as a Guitar Hero legend to your epic air-band jam sessions in the car, you’re ready to set the world on fire by rocking the local music scene. Of course, in order to do that, you’re going to need some songs. And a band. And enough pats on the back to satisfy your guitarist’s massive ego. It’s time to go to work and become a One Hit Wonder. 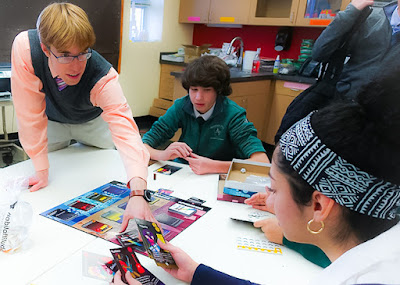 In One Hit Wonder, players each start with one artist. From there, you’ll need to recruit band members, write and practice songs, sabotage other bands (because they’re literally the worst), play gigs, and more. In order to win, you’ll need to play three successful shows, one at each of the game’s three venues. Songs are scored through a 12-sided die, and bandmates grant additional bonuses. Your band will need to know how to play various instruments, such as the guitar, drums, and keyboard. Most artists only play one instrument, so recruiting the best musicians around will be key to your success. 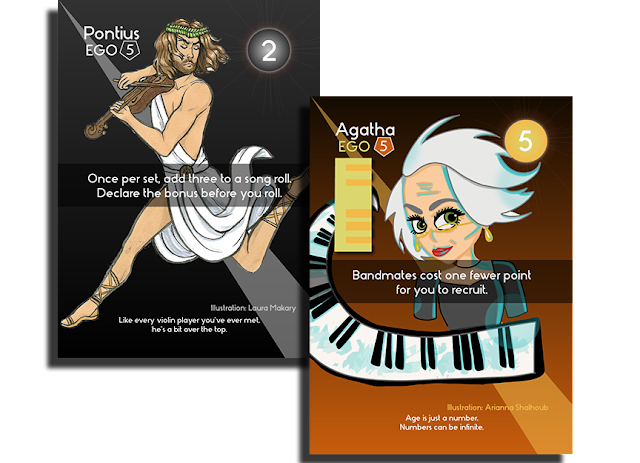 Of course, all superstars have something of an ego, and the higher their ego score, the more likely they are to leave you for that other band (yes, that band—the double crossing, backstabbing, no good cacophony of instruments). Perfect your performances to play a sick set including songs like “Anthem That Glorifies Being Young and Lost” and “Song Celebrating Clueless Good-Looking People.” The hits of tomorrow come from today’s practice sessions, so dust off your charm, schmooze a few bandmates, and take the scene by storm as you become the greatest One Hit Wonder of all time! 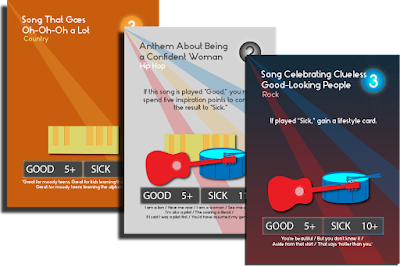